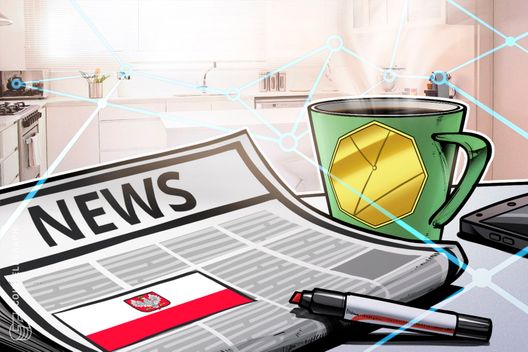 Crypto exchange BitBay has been invited by Poland’s financial authority to collaborate in a working group on blockchain just as BitBay was forced to end Polish operations.

BitBay suspended operations in Poland this week after banks refused to cooperate with the exchange, in the wake of the Polish government’s increasingly negative stance toward cryptocurrencies.

Although BitBay did not directly address whether they would accept the KNF’s invitation, they wrote in yesterday’s tweet that they “are not abandoning  crypto activity for the Polish community.”

BitBay had not responded to Cointelegraph’s request for comment by press time.

BitBay’s new center of operations is now in Malta, which recently welcomed crypto exchanges Kraken, Binance, and OKEx as part of its aim to become the world’s “blockchain island.”

BitBay offers trading in 29 cryptocurrencies and has a 24-hour trade volume of about $5.7 mln by press time.

The KNF, which has taken an active stance against cryptocurrency, posted a tender offer this month looking for a company to conduct a social media campaign about the dangers of cryptocurrency, allotting a budget of around $173,000. The KNF and Poland’s central bank have also created an anti-crypto educational website that explains why “virtual currency is not money” and “cryptocurrencies are not currency.”

In mid-February, Poland’s Central Bank acknowledged that they had funded a $27,000 anti-crypto campaign consisting of one YouTube video about a man losing all his money after investing in cryptocurrencies.

Poland officially recognizes crypto mining and trading, and the Polish crypto community is responding to the KNF and Central Bank’s anti-crypto messages in kind.

More recently, at the end of May, the Police Finance Ministry admitted that its crypto tax regulations often led to people paying more in taxes than their initial investment, and suspended crypto tax collection until further research is completed.