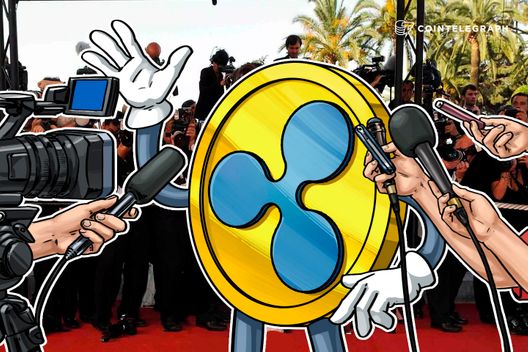 Ripple CEO Brad Garlinghouse refers to Bitcoin as a possible “Napster of digital currency,” thinks the coin’s influence will lessen in the future.

Garlinghouse, referring to cryptocurrency as a “nascent industry,” told reporters that “over time, you’ll see a more rational market and behaviors that reflect that,” adding:

"There's gonna be a bit of a correction along the way here where a lot of the players in the space that don't actually solve a real problem are going to get washed out.”

During a conference this week, Garlinghouse spoke of Bitcoin’s future as potentially ending up like the now defunct music service Napster, TechCrunch reported yesterday. He noted that Napster “showed us what’s possible, but in the end, it was Spotify and iTunes and Pandora that won the day because they engaged with regulators.”

Ripple’s CEO also spoke to CNBC about crypto and securities regulation in the U.S., in response to the fact that a former U.S. government regulator said last month that both Ripple and Ethereum (ETH) could likely be considered unregistered securities. In Garlinghouse’s opinion, the coin is not a security under U.S. law because owning XRP is not comparable with owning stock in a company:

"If you own XRP, you don't own rights to the profits or any dividends to the company. XRP has real utility.”

However, Garlinghouse did note that the company has been “an advocate of ‘yes, the government should get involved,’” stating:

"The SEC is getting involved as they should because there have been frauds committed [...] the government should be protecting investors and companies but there's also examples of real utility.”