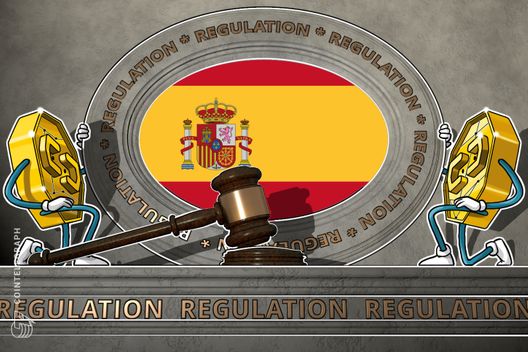 Draft legislation that would favorably regulate blockchain and crypto has received unanimous support in the Spanish Congress.

Draft legislation that would favorably regulate blockchain technology and cryptocurrencies has received unanimous support in the Spanish Congress, Europa Press reported yesterday, May 30.

The draft initiative, agreed upon with the majority parliamentary party Partido Popular (People’s Party), won the support of all parties present at the House Finance and Public Function Committee meeting on Wednesday.

The document calls for a review of regulations pertaining to cryptocurrencies such as Bitcoin (BTC), as well as to blockchain, proposing to introduce the technology to the Spanish market through “controlled testing environments,” commonly referred to as ‘regulatory sandboxes.’

The Congress has agreed to promote blockchain as a cost-efficient and disintermediated system for payments and transfers, advocating the need to foster fintech startups in particular.

The draft further raises the need for ‘proportionate mechanisms’ to ensure that all entities implementing the new technology will comply with information disclosure obligations to the Spanish Treasury and duly file their tax returns. It also highlights potential pitfalls associated with “high-risk” financial assets, claiming that “adequate dissemination of information” is crucial to protect investors.

To this end, the draft proposes that the government cooperate with the National Securities Market Commission (CNMV) and the Bank of Spain to coordinate a common regulatory position regarding crypto in the broader European context.

A week ago, Barcelona revealed it would launch a specialized blockchain space in the city’s tech hub to foster growth and innovation in the local digital ecosystem. In February, the European Commission announced the launch of a major Blockchain Observatory and Forum aiming to “unite” the EU economy around the new technology.

While rallying around blockchain, the EU regulatory mood towards cryptocurrencies has so far been more cautious, with the recent ratification of anti-money-laundering (AML) legislative measures that address the risks associated with cryptocurrencies. Major Europe-based crypto exchanges have recently called on EU regulators to provide more clarity and transparency for the crypto markets.