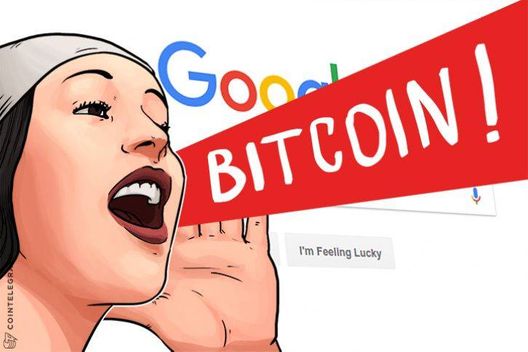 Google Trends data for “Bitcoin” web searches shows a decline of 75 percent in 2018 so far, growth in new wallets is also slow.

According to research from Google Trends, web searches for the word “Bitcoin” dropped 75% since the beginning of 2018, halving in just the last three months, CNBC reports June 4.

Co-founder of Datatrek Research and Wall Street Bitcoin analyst Nicholas Colas, cited by CNBC, links the decline in web searches to the coin’s price rates that have similarly dropped by approximately 50 percent this year. In an email to his clients, Colas adds that “[Bitcoin] needs a new narrative in order to reestablish global attention”.

The growth in the number of new wallets in 2018 so far was only 3.7 percent, while in late 2017 it compounded 7.6 percent monthly. “Bitcoin wallet growth needs to be +5 percent/month to see meaningful price appreciation”, Colas concluded.

Google searches for other cryptocurrencies are also in decline, according to CNBC. Ethereum - the second largest cryptocurrency by market capitalization - has dropped by 70 percent since early 2018, Bitcoin Cash has lost 82 percent and XRP fell 87 percent.

Still, the fifth largest cryptocurrency EOS’ searches have jumped 97 percent in 2018. CNBC linked this to to the company's recent fundraising efforts.