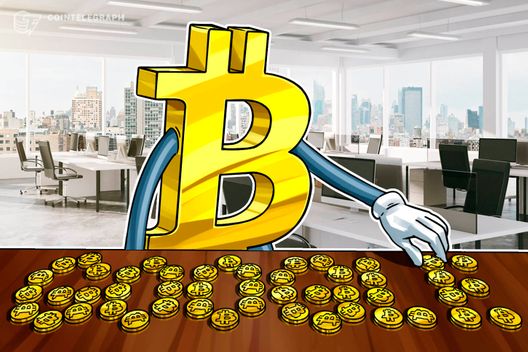 Google has received major criticism as its feared ban on cryptocurrency advertisements comes into effect this week.

Businesses and investors alike went on record this week to pan Google for its cryptocurrency advertisement ban which began June 1, The Independent reports Monday, June 4.

The controversial policy, which the internet giant originally announced in March, failed to significantly impact either Bitcoin or altcoin markets Monday, with BTC/USD sustaining new support around $7500.

Prices had increased markedly over the weekend, jumping almost $400 to reach highs over $7750.

As a correction gets underway, Google has come under fire in increasingly explicit terms for its decision to block cryptocurrency ad content while it pursues blockchain technology.

“I understand that Facebook and Google are under a lot of pressure to regulate what their users are reading, but they are still advertising gambling websites and other unethical practices,” Phillip Nunn, CEO of UK investment firm Blackmore Group with £70 mln under management, said to The Independent Monday.

Both Facebook and Twitter have moved to implement similar bans this year, despite the latter’s CEO forecasting that Bitcoin would become a “single world currency” as soon as 2028.

Suspecting a targeted move, Nunn suggested that like Facebook, Google was moving to prepare the way for its own, centralized virtual asset.

“I suspect the ban has been implemented to fit in with potential plans to introduce their own cryptocurrency to the market in the near future and therefore removing other crypto adverts allows them to do it on their own terms,” he added.

Meanwhile, UK disruptor bank Revolut, which in April completed a $250 mln funding round to achieve a $1.7 bln valuation, warned the policy failed to distinguish legitimate companies from bad actors.

“Unfortunately, the fact that this ban is a blanket ban will mean that legitimate cryptocurrency businesses which provide valuable services to users will be unfairly caught in the crossfire,” head of mobile at digital banking Ed Cooper commented.