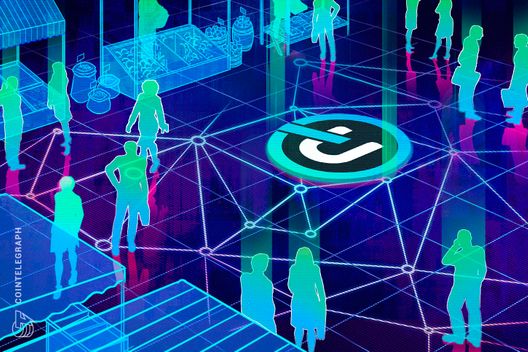 A goods-to-crypto marketplace says it will make it easier to invest in cryptocurrencies without relying on exchanges or using fiat money.

An established company in the mobile finance sector is developing a platform which eliminates fiat money from the process of acquiring and spending cryptocurrency – with a peer-to-peer marketplace where physical goods can be bought and sold in an instant.

Ubcoin Market has the ambition of becoming “the world’s first truly efficient alternative to crypto exchanges” – harnessing the familiarity of marketplaces, such as eBay and Amazon, while removing the technical and legal hurdles associated with using and investing in cryptocurrencies.

The platform argues that “there is still no easy way to acquire crypto” for the millions of people who are interested in making an investment, and spending these funds can be equally cumbersome. Through Ubcoin Market, a person would be able to sell something they own – such as a second-hand iPhone or a homemade ring – in exchange for UBC, the platform’s native utility token. These tokens can then either be converted into Bitcoin or Ethereum, or be used to make other purchases in the marketplace.

According to Ubcoin Market, this is a compelling alternative to unregulated crypto exchanges, where a person’s capital can be in grave danger if the company is hacked.

Its team told Cointelegraph: “Everything is legal and secure: the most thorough due diligence executed by Ubcoin’s legal team has identified in target countries no direct discrepancies with and violations of the laws of the countries that regulate exchange of owned goods for digital tokens.”

All the operations related to wallet management — deposits and withdrawals, as well as transactions — are regulated through Ethereum-based smart contracts. While goods are in transit, the platform holds users’ tokens in escrow, and they are not released to the seller if the buyer is not happy with the goods. In case anything goes wrong, the deal goes to a two-tier dispute arbitration that is provided by the platform.

The company says it uses neural networks to detect unacceptable texts and images in seller postings. Any accounts showing suspicious patterns of behavior will be blocked. The AI tool will be constantly learning from users’ actions, content, and complaints.

The blockchain-based Ubcoin Market is being developed by Ubank, a company which was established in 2009. Ubank describes itself as a “leader in mobile finance in Eastern Europe,” and its current app has been installed more than 16 mln times worldwide.

Ubank has a long-running and exclusive partnership with Samsung, which involves its app being pre-installed on the tech giant’s smartphones – including the flagship Galaxy S9. The company says this relationship is set to continue and flourish when Ubcoin Market is released, with the platform initially being made available to 2.5 mln active users once it has been integrated into Ubank.

Felix Khachatryan, the CEO of Ubank, said: “Our partnership with Samsung is a completely unique story. It is unique in not only that the world’s largest mobile phone manufacturer has been steadily collaborating with us on three different projects almost 10 years now, but it has also been encouraging all of our experiments. This kind of opportunity is not given to any other player – even the most prominent ones – of the post-Soviet fintech market. That means a lot.”

Ubcoin Market says there is great potential for its product, especially in Asia, which it describes as an “extremely fertile ground for the mass adoption of goods-for-cryptocurrency exchanges” like theirs.

The company says this assessment has been reflected in the make-up of its contributor base during its ongoing token event — with contributors from China, Indonesia and South Korea dominating the token generation event so far.

Earlier this month, Ubank announced that it had received an undisclosed amount of funding from the Singapore-based VC fund Amereus Group, which is being used to further the development of the Ubcoin Market. The first institutional investor, Inventure Partners, contributed to the project in March.

The platform is scheduled to launch in the Middle East, South Asia and Western Europe in the second and third quarters of 2019, followed by expansion into Latin America and North America by 2020.

Ubcoin Market is currently in the fourth stage of its public token generation event, with a 13 percent discount being offered to contributors.