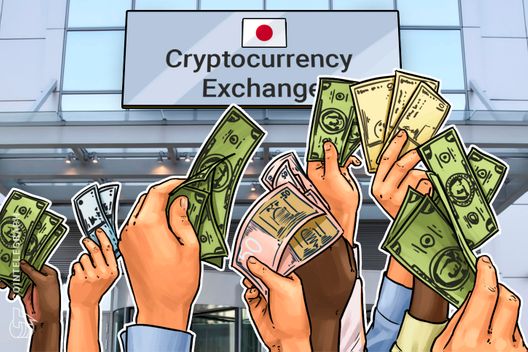 Called ‘VCTRADE,’ the service is now open for the ~20,000 users who pre-registered with the platform in October 2017, with plans to open ordinary account applications in July 2018. Ripple (XRP) is currently the only supported digital currency, though SBI states it will soon support Bitcoin (BTC) and Bitcoin Cash (BCH) as well.

As Cointelegraph Japan reported, the new trading platform will adopt NASDAQ’s transaction system (matching system). Transaction fees will reportedly be zero, although withdrawals will be subject to charges. SBI has also said it will cooperate with SECOM Group on preparing a crypto wallet management security system.

As SBI’s press release emphasizes, the launch of its exchange has been in process for “some time.” The conglomerate first revealed its plans to launch a virtual currency subsidiary in October 2016. In December, 2017, SBI announced it would partner on the project with major crypto exchange Huobi, and anticipated launching the platform in early 2018.

However, January’s unprecedented $532 mln Coincheck crypto exchange hack prompted an intensified regulatory crackdown from Japan’s financial authorities, leading SBI to postpone the launch of its exchange for security improvement purposes. Notwithstanding the delays, SBI’s president has confidently asserted that he expects the exchange “will be number one in the blink of an eye.”

Alongside VCTRADE, SBI has this year been pursuing a mass trial of Ripple’s blockchain-powered real-time gross settlement system in a major venture that involves around 38 banks, along with at least 23 more involved in wider testing of blockchain remittances. The majority of participating banks are reportedly based in Japan, ostensibly due to the “well laid out” of Ripple’s network in the country.