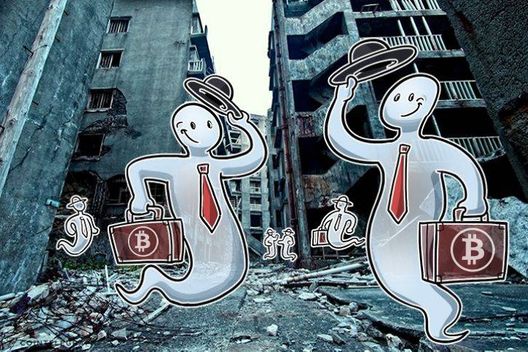 Bitcoin has ‘died’ for the 300th time, having faced its “most recent death” after a Forbes article on mining energy consumption risks.

Bitcoin (BTC) has recently “died” for the 300th time, according to 99Bitcoins Bitcoin obituary list. The cryptocurrency faced its “most recent death” in the latest “obituary” provided by Forbes.

Bitcoin celebrates its 300th death anniversary following an article from Forbes published May 30. The article claims that Bitcoin’s “Achilles Heel” is the huge amount of electricity required by crypto mining operations.

According to Forbes, Bitcoin miners underestimate the risks associated with energy consumption on the global scale. The report also stresses such issues as power theft and the cost of mining equipment that is becoming more and more expensive:

“Predictably, Bitcoin miners downplay both their energy usage and the threat it poses to ordinary people, ordinary businesses and the planet that they occupy.”

At the time of the latest “death” recorded by 99Bitcoins, BTC was trading at $7,312. In December, when Bitcoin died it’s 200th death, the BTC price hit the $11,000 mark. According to 99Bitcoins stats, the major cryptocurrency “died” 62 times this year.

This year, various pundits and public figures proffered their own suggestions as to why Bitcoin is doomed to fail, including the notorious Warren Buffet statement that Bitcoin is "probably rat poison squared,"  and Bank of England Governor Mark Carney’s claim  that BTC has “failed” as a currency.

While Bitcoin has recently faced its 300th death and dropped in value by around 20 percent last month, several prominent figures in the tech and business worlds have made bullish statements on its future. Recently, Apple co-founder Steve Wozniak said that “only Bitcoin is pure digital gold,” reiterating the statement of Twitter CEO Jack Dorsey that in a decade BTC will be the “single currency” of the world and the Internet.

According to Cointelegraph’s price index, BTC is trading at $7,407 at press time, having gained around 4 percent over the past week.