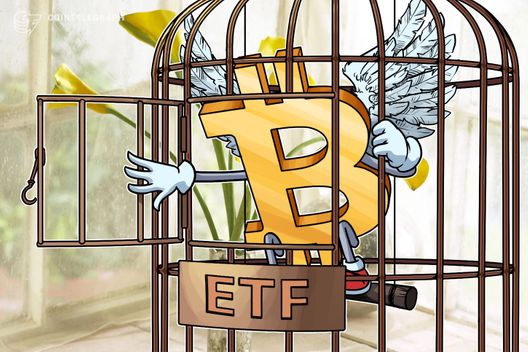 A new attempt at a Bitcoin ETF has been filed with the SEC, focusing on institutional investors rather than individuals this time.

VanEck is an NYC-based investment management firm with $38 bln under management and SolidX is a provider of blockchain software development and financial services.

According to a report by Bloomberg, the request filed with the U.S. Securities and Exchange Commission is for a fund that is physically-backed, meaning it will hold actual Bitcoins. The firms bringing the request say that this will protect against the loss or theft of the cryptocurrency.

The SEC has held a strict attitude when it comes to ETFs (exchange-traded funds) involving cryptocurrencies, rejecting the Winklevoss Bitcoin Trust ETF last year and asking about a dozen applications to be withdrawn in January.

SolidX CEO Daniel H. Gallancy said in a phone interview with Bloomberg that he thinks that “regulators are concerned right now about having an ETF that is available to retail investors,” and added that this attitude will change over time, “but right now a good place to start is with a product geared purely toward institutional investors.”

If their request is approved, Bloomberg reports that the share price of the fund will be around $200,000 in order to target institutional investors — significantly higher than most ETFs which have traditionally focused on individual investors.

The approval of a Bitcoin ETF is considered the holy grail of mainstream financial acceptance of cryptocurrency by some and major players like Huobi — the third largest cryptocurrency exchange by volume — are launching ETFs of their own.

An approved Bitcoin ETF would function as an investment vehicle that tracks the value of the underlying asset (the price of Bitcoin, in this case) and could be traded during the working hours of a stock exchange, making investments into Bitcoin simpler and less risky for mainstream customers.