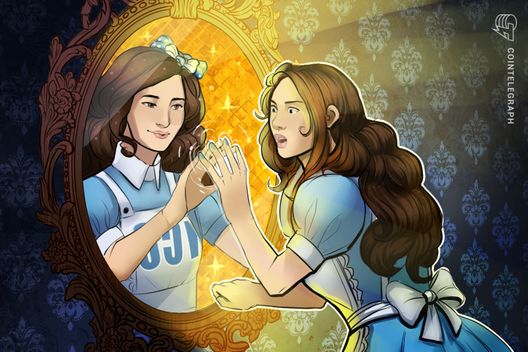 South Korean companies are hoping to harness the efficiencies.

The views and opinions expressed here are solely those of the author and do not necessarily reflect the views of Cointelegraph.com. This article does not contain investment advice or recommendations. Every investment and trading move involves risk, you should conduct your own research when making a decision.

By the end of the last century, the Republic of Korea (South Korea) leveraged macroeconomics, industrial engineering, and other relevant fields of knowledge to bring invaluable efficiencies to government-backed heavy industries and become a globally competitive economic powerhouse. Industrial output went from zero to one. On a national scale, South Koreans skillfully mastered economics and technology to catalyze an industrial revolution and rapidly enrich their economy. Once again, by leading the charge with the "reverse" ICO, South Korean companies are hoping to harness the efficiencies that microeconomics and cryptocurrency engineering bring to venture ecosystems to renew national competitivity and prosperity.

Reverse ICO, or reverse initial coin offering, is now a standardized term in the parlance of entrepreneurial South Korea. Not being native English speakers, the Koreans did not coin the term. They might as well have though. The present generation of South Koreans has embraced the economics and technology of cryptocurrencies for wealth generation with the same fervor the previous generation exercised macroeconomics and industrial engineering.

For more established South Korean businesses with active customers and a revenue history, conducting a reverse ICO is the new rage in going public. Business owners, or promoters, see the reverse ICO as a relatively inexpensive method of fundraising and a faster path to liquidity. The present crop of South Korean reverse ICOs include ventures that provide products and services ranging from online content to craft beer to life insurance. Inopportune conditions for IPO promoters, the appealing alignment of economic interest provided by tokens, and a dearth of attractive investment opportunities are the principal reasons the trend may endure.

The reverse ICO is most broadly defined as the process of buying out the equity of an established company with cryptocurrency acquired through a token sale. Neither the acquired company or the token sale need be public. This means that a private company may also be acquired through a private token sale via the reverse ICO mechanism. Typically, to incentivize growth and platform adoption, some portion of the tokens are offered to the general public. It all depends on the promoter, securities regulations, and the strategic motivations behind fundraising.

Traditionally, ventures limited such economic benefits to those stakeholders that financially invested in the company and employees with stock options. With the advent of equity tokens, companies may also easily accrue benefits to the initial customers and suppliers that contribute to the future success of the venture. Tokens provide a frictionless way to incentivize all stakeholders. Equity tokens may be issued to both early adopters and vested suppliers that have a stake in the company’s financial success without the hassle of implementing a share registry and tediously tracking stock ownership.

Economically, South Korea gained notoriety as one of the four Asian Tigers. In contrast to Hong Kong and Singapore, which evolved into financial centers, South Korea went the industrial route. South Korea’s success in transforming their economy from a poor agricultural economy to the 11th largest economy in the world influenced aspiring industrial engineers in agricultural nations around the globe.

Nowadays, industrialized Korea has provided fewer financial growth opportunities to the general public. This has caused a frenzy in cryptocurrency speculation. Moreover, in spite of Korea’s initial negative stance on cryptocurrencies and ICOs, industry leaders, prominent government officials and outspoken professors from top universities want blockchain technologies and new ICO funding mechanisms to succeed in Korea. Consequently, there is growing sentiment that Korea can now leverage financial technology to grow from its industrial roots.

Many people hope that Korea will, on a national level, seize on the economic efficiencies introduced by tokens and cryptocurrency engineering to once again evolve. Certainly, change is happening. However, unlike the top-down industrial revolution that took place at the end of the last century, the cryptocurrency revolution is bottom-up.

Psychologically, Korea is a binary society. That means that once something becomes popular the entire population tends to adopt it. A clear example of this is smartphone penetration. It took a while for Apple's iPhone to enter the Korean market. However, once introduced, smartphone adoption rapidly eclipsed smartphone adoption in the United States. There are other examples of this zero-or-one-society outside of the technological sphere, but technology adoption is more easily measured.

In the Republic of Korea, cryptocurrency ownership is already at 30% of the population and climbing. This rapid, organic growth provides a strong base of cryptocurrency-savvy investors. This solid, youthful foundation is necessary for reverse ICOs to flourish. Given that modern Korea tends to be a binary society and that reverse ICO are putting more tokens into the hands of its native businesses, the republic truly has a shot at evolving into the world's first cryptocurrency nation.