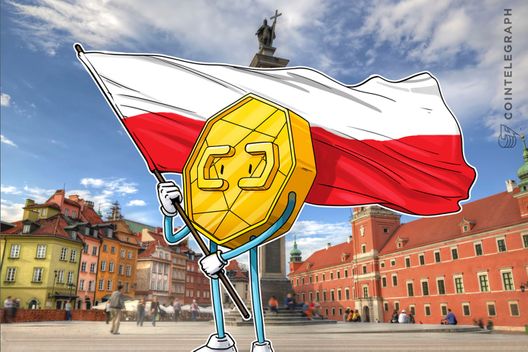 Poland’s financial watchdog clarifies that crypto trading is legal in the country, in the wake of its recent social media campaign on the risks of crypto investments.

The financial watchdog of Poland has recently affirmed that cryptocurrency trading is completely legal in the country, according to an official announcement published on its website June 6.

In its recent move, the Polish Financial Oversight Commission (KNF) sought to clarify the status of cryptocurrencies and crypto trading, “recognizing the emerging legal doubts related to the functioning of exchanges and exchange offices.”

The Commission’s notice comes following the country’s ongoing orchestrated campaign against cryptocurrency use in the country.

In their most recent statement, the KNF said that entrepreneurs are not banned from crypto trading since there are “no regulations prohibiting trading [...] of cryptocurrencies.”

However, the financial authority noted that the government is focused on the development of regulatory framework for the market to prevent it from risks sometimes associated with crypto, such as money laundering, tax evasion, and terrorist financing.

The KNF mentioned that it is planning to introduce a regulatory system for Bitcoin (BTC) and altcoins that will be officially launched on July 13, 2018.

Last month, the KNF announced plans to conduct a social media campaign on the risks of crypto investments.  Earlier, in mid-February, Poland’s Central Bank admitted that they had secretly funded a $27,000 anti-crypto campaign consisting of one YouTube video about a man losing all his money after investing in cryptocurrencies.