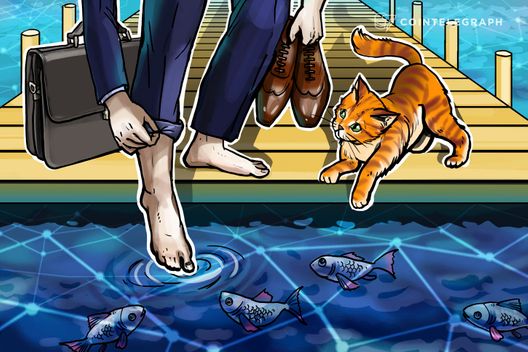 The central bank of the Netherlands says that after three years of experimentation, blockchain cannot yet handle the demands of financial market infrastructures.

Blockchain technology is not yet ready for implementation in financial markets, according to a report by De Nederlandsche Bank (DNB) on June 7.

After three years of experimenting with Distributed Ledger Technology (DLT), of which blockchain is one type, DNB — the central bank of the Netherlands —  has concluded that the current algorithms are unable to handle the volume of transactions of financial market infrastructures in a 100%-secure and energy-efficient way.

According to the bank’s report, DNB has developed and evaluated four prototypes with the aim of gaining a better understanding of the technology and its potential usefulness for improving payments and securities traffic.

After evaluating the results of their tests, DNB concludes that, while blockchain technology is “interesting and promising,” current systems that do not use DLT “are very efficient, can handle large volumes and provide the legal certainty of having paid.” The report continues:

“The blockchain solutions tested show that they are not sufficiently efficient, with regard to costs and energy consumption, and they can not handle the large numbers of transactions.”

De Nederlandsche Bank is not the only central bank looking at the impact blockchain tech and cryptocurrencies might have in banking. In March, the Treasury of the UK announced the launch of a cryptocurrency task force made of the Bank of England and the Financial Conduct Authority. More recently, at the Money20/20 conference in Amsterdam on June 5, leaders from the Bank of England, the Bank of Lithuania, the Bank of Canada and the Swiss National Bank spoke about the relationship between cryptocurrency and the traditional banking sphere.