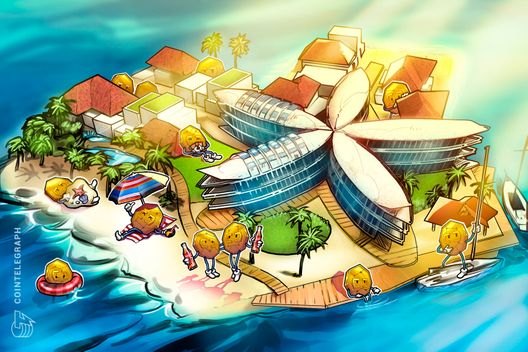 Cryptocurrencies are making micronations possible, but questions remain as to just how far small states will lean on crypto technology.

Ever since the "decentralised borderless voluntary nation” Bitnation was founded in July 2014, a slowly growing raft of startups and organisations have been attempting to seize cryptocurrencies as an opportunity to build entirely new nations from the ground up.

Whether it be the landlocked Liberland or the seaborne Floating Island Project, they've taken cryptocurrencies and blockchains as the basis for a new way of organising how people live, interact and work. And even if they've approached the same fundamental task from varying angles, they all regard the decentralisation of crypto as a potential liberator from the top-down control of central governments, and from their inefficiencies and corruptions.

However, despite the evangelical fervour with which many of these projects have pursued their missions, almost all of them have encountered similar obstacles. Not only have the limitations of blockchain technology held them back, but they've also suffered from the unsurprising resistance of national governments, which are perhaps less-than keen on being usurped by crypto-states.

The Floating Island Project is the most recent would-be crypto-state to have garnered press attention. Initially announced in 2013 by the Seasteading Institute (itself launched in 2008 and boasting Peter Thiel as an early investor), it aims to found an indefinite number of floating cities in and around French Polynesia, with the target-year for the establishment of its first city being 2022.

In May, further details on the project were revealed, with the Seasteading Institute (SI) revealing that its inaugural island would accommodate 300 houses and be making use of its very own cryptocurrency, named Varyon (VAR).

Nicolas Germineau, the co-founder and MD at Blue Frontiers (a Seasteading Institute offshoot which oversees the token) told Cointelegraph:

"Varyon is a payment token which will initially generate revenues to fund the last steps of the pilot project and kickstart the ecosystem of Seasteads in French Polynesia. It will also be used widely afterwards as we build seasteads in more locations and establish relevant partnerships."

While Blue Frontiers’ planned attempts "to establish Varyon as a useful currency in and around the Seasteads” might imply that VAR will form the essential bedrock of the Project's financial system and economy, Germineau affirms that VAR won't in fact be the only accepted currency on the island and its eventual siblings.

"It should be noted that we will not be forcing third parties to transact in Varyon among themselves, even within our SeaZone," he says. "It is important to us to establish Varyon on its own merits and the onus is on Blue Frontiers to make it widely accepted, easy to use, and generally compelling enough to become a premier medium of exchange."

In other words, cryptocurrency isn't actually of indispensable importance to the day-to-day workings of the Floating Island Project, which could still theoretically operate without VAR. Instead, it’s using the digital currency in order to kickstart and boost its funding in a way that wouldn't be possible via traditional investment, something which is common to certain other 'crypto-state' projects.

For example, Liberland is a crypto-state lying on a 7km2 patch of land situated between Serbia and Croatia. It's because of a territorial dispute between the two Balkan countries (stemming from the Yugoslav Wars of the 1990s) that the micronation's founder, Vit Jedlicka, was able to lay claim to its small slither of territory in April 2015. But ever since, Croatian authorities have hounded the former Czech politician and the citizens of his new nation, with ‘President Jedlicka’ himself being arrested and fined in May 2015 for attempting to enter the newborn country.

Given the Croatian establishment’s persecution of Liberland (which is recognised by no other nation), it's unlikely that receiving taxation (which is voluntary) and other funds in a fiat currency such as the Croatian kuna would be a good idea, with the harder-to-seize nature of cryptocurrencies being considerably more preferable.

Something broadly similar applies to Sol, also known as Puertopia. This is a (somewhat informal) 'crypto-utopia' settlement founded at some point in late 2017 in San Juan, Puerto Rico by child actor-cum-crypto entrepreneur Brock Pierce and a number of his fellow crypto-tycoons. According to a highly cited profile of Sol published in The New York Times, much of the attraction of "Sol" (or rather Puerto Rico) is its extremely lenient tax regime, with the US territory imposing no capital gains tax and no federal income tax.

As such, hugely wealthy investors such as Pierce can reside in Sol without having to hand much (or any) money to a central government, something which indicates that their plans to establish a self-enclosed economy revolving around Bitcoin is perhaps an extension of this principle.

As Reeve Collins, a resident of Sol and the founder of 'blockchain app store' BLOCKv, said in February's profile:

"No, I don’t want to pay taxes […] This is the first time in human history anyone other than kings or governments or gods can create their own money.”

Of course, the desire to avoid paying tax or to evade the jurisdiction of an existing, larger nation can point to a deeper principle than simply wanting to hold onto money and/or achieve fiscal independence. For most of the projects mentioned above, libertarian political values play a guiding role, and while the merits of such values are open to debate, they regard a minimal state, fiscal sovereignty and free trade as the greatest goods a nation can attain.

Starting with the Floating Island Project, aside from receiving early funds from libertarian Peter Thiel and being founded by fellow traveller Patri Friedman (grandson of economist Milton Friedman), the Seasteading Institute's managing director Randolph Hencken has gone on record as saying:

"The underlying philosophy is rooted in a belief that we can do better with technology and innovation rather than ideology, politics and argumentation."

Comparable views have been expressed by Liberland's Vit Jedlicka, who said in February:

"For many years, I worked for lowering taxes and regulations in the Czech Republic, but I suddenly realised that it would be easier to start a new country than to fix an existing one.”

And much the same goes for the Free Society Foundation, announced in September 2017 by libertarians/crypto investors Roger Ver and Olivier Janssens. Its openly avowed aim is to "establish a rule of law based on libertarian principles and free markets," and while it hasn't outlined how it might harness the power of cryptocurrencies in order to realise this aim, Ver had hinted that an ICO was in the offing. He said in an interview given at the time:

"Thanks to cryptocurrencies, now there is a way to fundraise for people all over the world who are interested in this."

However, mention of the Free Society Foundation's potential ICO leads to the obstacles such projects have faced, since Ver admitted in the same interview:

"We were planning to have an ICO, but the regulators have kind of gotten in the way of that at the moment."

Regulators – or rather governments – may have also gotten in the way of the Foundation's primary aim, which was to pay a sovereign government for the piece of land on which it would establish the "world's first libertarian country." Despite stating in September that "[government] interest was much higher than initially anticipated," there has so far been no update on whether it's actually made any progress in purchasing land, with our requests for comment from the Foundation being ignored.

Aside from the persecuted Liberland, government hostility or indifference (call it what you will) may end up impeding the progress of the Floating Island Project. Despite signing a Memorandum of Understanding (MoU) with French Polynesia in January 2017, the French dependency distanced itself from the project this February, when it noted in a Facebook post that the validity of the MoU expired at the end of last year. As a result, it will no longer be collaborating with the Seasteading Institute on the development of a "special governing framework" for any floating islands, and may end up resisting plans to launch such islands altogether.

Another issue crypto-states will encounter is a familiar one for any blockchain project: scalability. However, they’re optimistic that this challenge can be met, even if some of them – e.g. the Floating Island Project – operate on such blockchains as Ethereum’s, which was infamously backlogged by a video game last year, for instance. Nicolas Germineau tells Cointelegraph:

“Scalability is a challenge faced by the entire Ethereum community. Many initiatives, from proof of stake to off-chain settlement mechanisms, are going to make this less challenging moving forward. We have a lot of faith in the Ethereum development community and their ability to innovate, and we are confident they will solve these challenges.”

Scalability aside, one crypto-nation that may not suffer so much resistance from vested governmental interests is one that doesn’t lay claim to any particular territory: Bitnation. Launched in July 2014 as the "world's first Decentralised Borderless Voluntary Nation" (DBVN), it provides a range of blockchain-based governance services (e.g. public notaries, IDs, marriages), and ultimately aims to create a competitive global marketplace for such services that would make central governments redundant.

While its COO James Fennell Tempelhof warned Cointelegraph last year that the "nation state will not give up [its power] easily" to blockchain-based alternatives, it's interesting to note that Bitnation won the Grand Prix at UNESCO's Netexplo Forum in May 2017 for its Refugee Emergency Response project, which began registering refugee IDs on the Bitcoin blockchain in September 2015.

If nothing else, this glowing award from a UN agency reveals that the world's governments do see at least some place for blockchain-based platforms to assume certain functions of theirs. And if they permit enough wriggle room to such crypto-state projects as Bitnation, these projects may end up claiming even more, with (Bitnation CEO and spouse of James) Susanne Tarkowski Tempelhof affirming in 2016, "we need to outcompete national governments at their original core function: security and jurisdiction."

For sure, such a transition is no doubt a long way away if it's even possible, but with rumours that a certain crypto-exchange is planning its own micronation, the future of experimental blockchain-based states could end up being very interesting. These will have to compete with the enduring power of nationalism and patriotism, and they'll also have to face up to questions concerning the real-world scalability of blockchains, but the variety of forms they've taken in recent years would indicate that they may throw up plenty of ideas and innovation along the way.