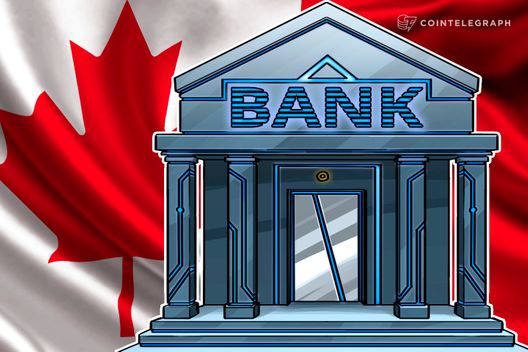 Canada’s central bank has questioned blockchain’s effectiveness in the banking sector this week.

A Bank of Canada (BoC) official questioned the effectiveness and security of using blockchain tech for banking at a conference in South Korea today, June 14, according to local reports.

As part of a presentation at the 2018 G20 Global Financial Stability Conference in Seoul, James Chapman, senior research director at the BoC’s funds management and banking department, also called cryptocurrency assets “a new opportunity and a threat to the financial market.”

Chapman was updating the audience on the BoC’s Project Jasper, a proof-of-concept payment system utilizing so-called ‘distributed ledger technology (DLT),’ of which blockchain is one type.

“Digital currencies based on smart contracts have high resilience and eliminate information asymmetry,” he said, quoted by local media.

Despite Jasper being in its third testing phase since February, the BoC, in line with prevailing banking sector sentiment on blockchain this month, nonetheless appeared less than sold the technology’s potential.

“We have to worry about the finality of the settlement,” he continued, stating:

“At this time, there is no cost-saving effect compared to the existing central bank system. Hacking and other operational risks are likely to occur.”

Those remarks were echoed yesterday by executives at Ripple, a startup dedicated to developing and installing blockchain-based alternative settlement systems for banks. This week, the company’s chief cryptographer David Schwartz told Reuters its payment system “is not a distributed ledger.”