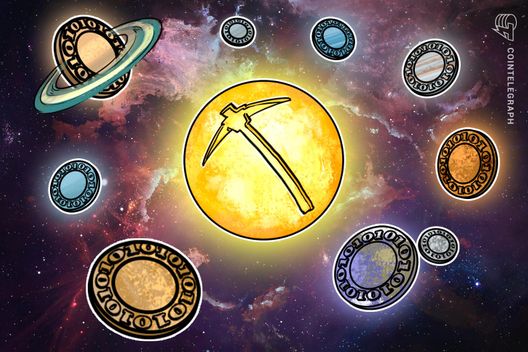 William Shatner, the former fictional Captain Kirk from Star Trek, is the spokesperson for a new solar-powered cryptocurrency mining facility, according to a press release published yesterday, June 13.

The recently acquired mining warehouse, located in Murphysboro, Illinois, covers 165,000 square feet and was purchased for a “nominal cost” by Solar Alliance Energy as part of a green energy jobs initiative for the town of Murphysboro. Solar Alliance has also signed a memorandum of understanding (MoU) with a solar panel manufacturer for developing the equipment for solar-powered crypto mining operations.

Shatner, arguably now just as well known in popular culture for his role as the Priceline Pitchman as for as the captain of the USS Enterprise, referred to himself in the press release as “an advocate for solar energy,” stating:

“I am proud to be a part of the group that is powering the digital currency revolution. Blockchain technologies, and cryptocurrencies specifically, are at the cutting edge of a new distributed technology infrastructure [...] The combination of solar and cryptocurrency mining facilities represents meaningful change.”

Shatner also tweeted about Solar Alliance yesterday, June 13, writing that he is partial to “green...women” — likely a reference to the green-skinned Orion cadet, Gaila, who dallied with Kirk on Star Trek — as well as “green [...] money” and energy:

Green❇️! (You know how partial I am to green…women😘…money🤩!) W I have to say that @Solar_Alliance is my new fave comp. Why? Green Energy! It’s the future! I’m very impressed by how they are adapting solar power: https://t.co/E77jhDrXnZ #JointheAlliance #maketheshift

The facility plans to earn revenue through renting space to cryptocurrency mining tenants. Will Stevens, the mayor of Murphysboro, said in the press release that the new solar-powered crypto mining facility “is a wonderful opportunity to move Murphysboro forward toward a brighter future:”

“The combination of solar and cryptocurrency will provide opportunities for the local workforce and position our community for the future.”

Cryptocurrency mining is often condemned for using large amounts of energy and actively causing harm to the environment. The question of whether crypto mining is actually making a real impact on the environment has long been a point of contention. While some say that mining is harmful with its high use of energy, others believe that the environmental cost of mining is negligible.

Intel recently filed a patent for a Bitcoin (BTC) mining hardware accelerator that would reduce the amount of energy used in mining by reducing the space used and the power consumed by the hardware. In the beginning of June, one of Europe’s most energy-efficient data centers began testing mining of Bitcoin and Ethereum (ETH) in terms of energy consumption and infrastructure cooling.