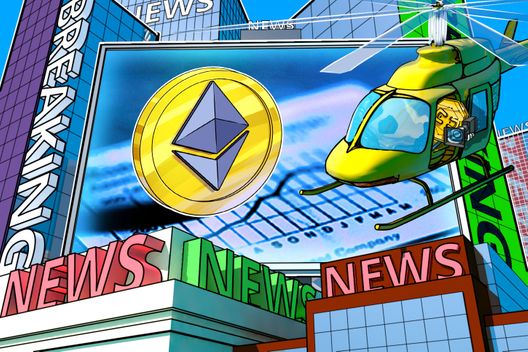 A senior U.S. SEC official says that the Ethereum network is sufficiently decentralized for ETH to escape a securities classification.

A senior U.S. Securities and Exchange Commission (SEC) official has said that leading altcoin Ethereum (ETH) will not be regulated as a security, the Wall Street Journal (WSJ) reports today, June 14.

“Based on my understanding of the present state of ether, the Ethereum network and its decentralized structure, current offers and sales of ether are not securities transactions.”

Hinman’s argument that Ethereum is now sufficiently decentralized to disqualify it from a securities classification appears to indicate that the altcoin will be given the all-clear and not be subjected to heavy regulation by the SEC.

In May, the WSJ ran a much-discussed news report suggesting that Ethereum was in a dangerous “gray zone” in the eyes of U.S. regulators. Citing sources familiar with the matter, at the time the WSJ report highlighted ETH’s first distribution in 2014, when the foundation raised over 31,000 BTC (then worth $18.3 mln), in one of the crypto industry’s first Initial Coin Offerings (ICOs).

The ICO’s proceeds were then used to develop the Ethereum platform, raising concerns that investors who had bought into the sale – expecting the asset to rise in value – were being led to expect a profit based “on the efforts of others” –– something that would have clinched the argument for ETH being classified as a security, the sale of which would have to be registered with the SEC.

As the WSJ notes today, regulators were also reportedly analyzing whether or not the Ethereum Foundation wielded excessive influence over the value and distribution of the asset, something that would have further counted towards a security classification.

At the time of the news controversy, the Ethereum Foundation’s co-founder Joseph Lubin hit back, stressing that Ethereum’s investors “share a stake in a common enterprise,” and that their investment returns were a means of incentivizing the contribution of their resources to running the platform.

Today’s news also relieves concerns that followed remarks in April from influential former U.S. government regulator, Gary Gensler, who had said there was a “strong case” that Ethereum was a “noncompliant” – meaning unregistered with the SEC – security under U.S. law.

At the time, the head of the Ethereum Foundation, Aya Miyaguchi, responded to Gensler’s remarks by saying that the foundation “neither controls the supply of nor has the ability to issue Ether [ETH], and the quantity of Ether that the foundation holds (under 1 percent of all Ether) is already lower than that held by many other ecosystem participants.”

Notably, Gensler – like Hinman – did consider the fact that ETH is mined to be a strong factor against its consideration as a security.

Last week, SEC Chair Jay Clayton stated that he believes Bitcoin (BTC) is also not a security, as it acts as a replacement for sovereign currencies.