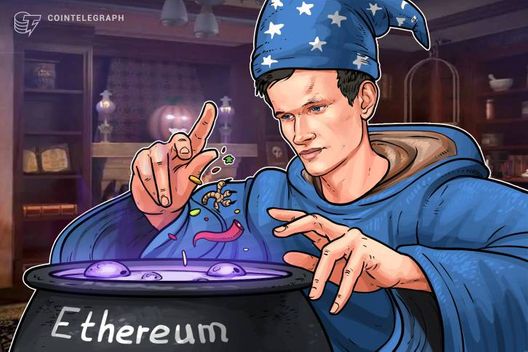 Vitalik Buterin claimed that Casper should be released on a shard, a term recently offered for a way of storing ETH nodes as a part of the distributed registry

The key point of the recent meeting is rescheduling the releases of two main Ethereum chain upgrades such as Casper and sharding. Casper should have been released as a smart contract separately from the sharding upgrade. The new proposals suggest that Casper may be released on a shard, or a sidechain instead.

Sharding, announced by Ethereum’s co-founder Vitalik Buterin in April 2018, is a method of increasing the number of transactions that a blockchain can process. The idea of sharding is that the nodes store just a part of the distributed registry, but each element of sharding i.e. a node can rely on the information of others.

Casper FFG was first published in October 2017, as a “proof of stake (PoS)-based finality system which overlays an existing proof of work (PoW) blockchain.” It intended to solve “open questions of economic finality through validator deposits and crypto-economic incentives.”

In late April, the Ethereum Improvement Proposal (EIP) #1011: Hybrid Casper FFG was introduced, aiming to solve the issues associated with crypto mining by providing a hybrid system of consensus. According to the latest proposal, ETH network would combine PoW with PoS consensus, with the goal of eventually transitioning to PoS. According to the EIP, one of the specifications of the update reduces the block reward for miners to from 3 ETH to 0.6 ETH.

As Buterin stated in the recent meeting, the altering launches of sharding and Casper  would “basically scale up” the chain to its “theoretical maximum." Buterin has suggested that the rescheduling of upgrades would reduce the deposit amount required to participate in securing the network from 1,500 ETH to 32 ETH, which would make participating in staking “more viable.” Buterin also claimed that the new model would allow the developers to launch Casper without disturbing the Ethereum network, claiming that Casper is “more separate from the main chain.”

Recently, Cointelegraph reported that Internet giant Google tried to recruit Vitalik Buterin to join their team, as Buterin reportedly tweeted May 20. Buterin posted and subsequently deleted a tweet with a screenshot allegedly from a Google recruiter who asked if Google “make[s] sense for you now or in the future.” Included was a poll to the Twitter community asking whether he should take the job.