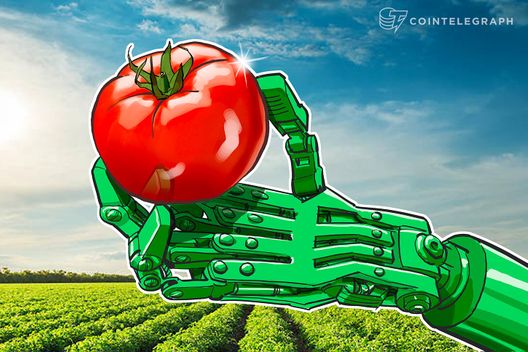 The government of the South Indian state of Kerala plans to use blockchain to innovate the supply and distribution of dairy produce, vegetables and fish.

The government of the South Indian state of Kerala will use blockchain for food supply and distribution, local news outlet Business Standard reported June 17.

The new project  is headed by Keralan think-tank the Development and Innovation Strategic Council (K-DISC), and will use blockchain, as well as Internet of Things (IoT) technology, in an attempt to make the state’s supply network for dairy products, vegetables and fish more efficient.

Chairman of K-DISC, KM Abraham, told Business Standard that each component of the supply network would have a separate ID number, through which its source, production, quality, and distribution could be monitored on a blockchain.

The state will also reportedly use blockchain for its crop insurance scheme, ensuring the tamper-proof and efficient processing and settlement of claims for farmers suffering crop losses. Immutable data on the blockchain can help to judge whether the crop loss was due to natural causes or other factors, and the technology can further serve to disintermediate disputes between insurance firms and beneficiaries, eliminating the need for third party representatives.

In April, U.S. retail giant Walmart announced it was ready to use blockchain in its live food business. Together with IBM, the company has developed a system which it says will reduce food waste, as well as improve contamination management and transparency.

Just last week, Microsoft revealed a new partnership to develop its own blockchain-based product tracking platform to secure traceability and visibility across the supply chain.

Also last week, the Rotterdam Port Authority revealed it was co-developing its own blockchain system, which, similarly to K-DISC, uses a tagging system in order to gain immediate insight into the conditions of incoming cargo.