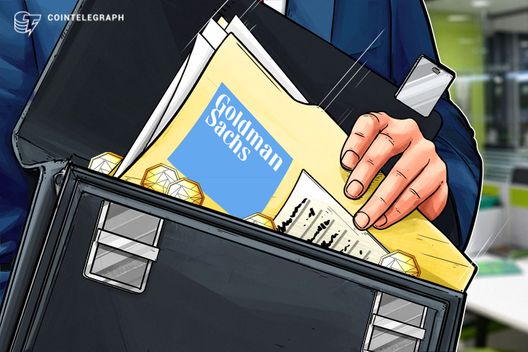 According to Solomon, the purpose of the company is to “evolve its business and adapt to the environment” with respect to cryptocurrencies.

“We are clearing some futures around Bitcoin, talking about doing some other activities there, but it’s going very cautiously. We’re listening to our clients and trying to help our clients as they’re exploring those things too.”

Yesterday, Goldman Sachs CEO Lloyd Blankfein confirmed his positive stance on cryptocurrencies, claiming that the adoption of digital coins like Bitcoin could happen similarly to the adoption of paper fiat money, which replaced gold and silver coins.

Goldman Sachs’ stance toward cryptocurrencies has changed as digital assets have grown more popular. In 2014, Goldman Sachs argued that Bitcoin does not qualify as a currency, while three years later, the firm said that it has become more difficult for institutional investors to ignore Bitcoin and other cryptocurrencies. In December of last year, the company was even rumored to be opening its own crypto trading desk.

While the investment group denied the rumors of a trading desk in early 2018, the company’s position toward cryptocurrency has softened. In May, the firm said that crypto is “not fraud” and unveiled plans to begin trading in cryptocurrencies.

Last week, Fundstrat head of research Thomas Lee suggested that the recent decline in Bitcoin was caused by futures expirations. On June 9, the U.S. Commodity Futures Trading Commission (CFTC) requested trading data from crypto exchanges Bitstamp, Coinbase, itBit and Kraken as a part of an investigation into whether the platforms were engaged in activities that could constitute price manipulation when formulating the price of Bitcoin futures.