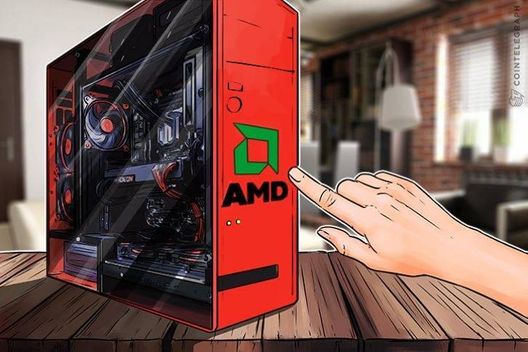 While the AMD stock price has climbed partly in thanks to the crypto mining boom, analysts warn that a cool down in crypto mining could mean this year’s gains will not last.

While Advanced Micro Devices Inc.’s (AMD) shares have seen substantial growth in the past month due to a cryptocurrency mining boom, two analysts warn that investors could be disappointed should mining die down, MarketWatch reported June 20.

In the past month, AMD’s stock has gained around 30 percent thanks to the graphic processing units (GPUs) produced by the company, which have established themselves as effective hardware for crypto mining. Some analysts, however, have expressed concern that the recent success of AMD’s stock may not last long if crypto mining quiets down, or if miners choose GPUs by other manufacturers.

Stacy Rasgon, an analyst from Bernstein, claims that over the course of the recent cryptocurrency boom, AMD’s GPUs have benefited miners, though the devices were originally designed for gaming. Ragson said that the GPU supply chain to gamers was constrained industry-wide. Should miners shift to AMD’s rivals’ products, she thinks that the company “could suffer not only unit shortfalls in a crypto decline but also ASP (average selling price) pressures if mix trends down, potentially exacerbating any effects.”

Joseph Moore from Morgan Stanley also worries about the impact of crypto, stating that AMD is “facing an imminent Nvidia product launch that they may not have an answer to for another year.” He explained:

“Cryptocurrency strength has to some degree offset the slow and steady progress establishing momentum in desktop and server microprocessors after several years away from those markets — but that higher revenue has driven higher operating expense, which further raises the bar for the processor business if crypto momentum should fade.”

Despite the growth crypto mining has provided to the graphic cards industry, CEO of AMD Lisa Su recently expressed caution around blockchain and cryptocurrency, saying it is “a bit of a distraction, in the short term.” Su said that blockchain and mining made up around 10 percent of AMD’s revenue over the quarter.