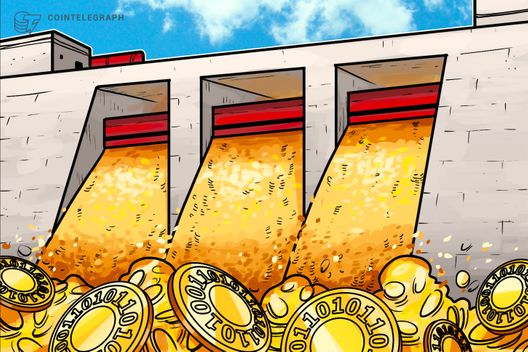 Under new rules, Quebec crypto miners are required to bid for power and quantify the jobs and investment per megawatt that they plan to create.

Provincial utility Hydro-Quebec has proposed new rules, under which blockchain companies will be required to bid for electricity and quantify the jobs and investment they expect to generate per megawatt, Hydro-Quebec announced in a press release June 21.

The new regime seeks to allocate up to 500 megawatts, in addition to 120 megawatts of already existing initiatives. The starting rate is reportedly 1 Canadian cent ($0.0075) per kilowatt hour, which is 20 percent above the industry standard price. The new plan is subject to approval by local energy regulator Regie de l’energie. Hydro-Quebec commented on the new proposal:

“The goal of this process is to both maximize economic spinoffs for Quebec and revenue for Hydro-Quebec – in turn, pushing electricity rates down for customers.”

The latest development follows a series of changes in the Quebec government and power supplier’s policy towards cryptocurrency mining. In March, the government said it is “not interested” in providing cheap electricity to crypto miners without anything in return. Premier Philippe Couillard said:

“There needs to be added value for our society; just having servers to do transaction mining and acquire new bitcoins, I don’t see the added value.”

In May, the government of Quebec announced it would lift the moratorium on the sale of power to crypto miners in order to “avoid missing the ship” on digital currency. The Minister of Energy, Pierre Moreau, was going to introduce a decree on the regulation of electrical power sale to crypto  miners, who require massive amounts of power for their operations. The decree would reportedly set different rates for digital currency miners and allow energy companies to practice forced offloading.

Hydro-Quebec, which operates some 60 hydroelectric generating stations, with a surplus capacity of roughly 13 TWh, received requests to purchase power from more than 100 organizations with a total energy consumption exceeding 10 TWh. In the beginning of June, the the company temporarily stopped processing requests from crypto miners in order to fulfil its obligations to supply energy to the entire province.