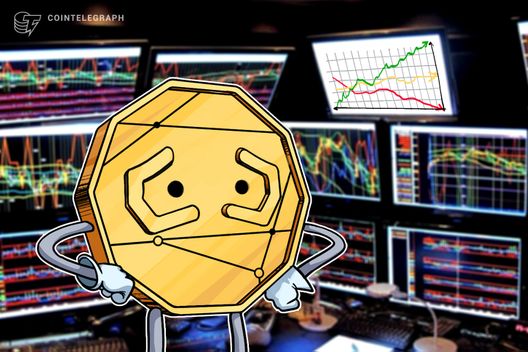 Coinmarketcap crypto exchange rankings have seen a switch up, as two exchanges shoot to the top after adding new trans fee mining model.

Two cryptocurrencies exchanges have shot to the top of ranking by daily volume on Coinmarketcap today, June 26, after their introduction of a “transaction fee mining” model.

CoinBene introduced their new transaction fee mining model on June 23, according to a post from their website.

Users will receive 100 percent of their trading fees back in Coni, the platform’s native currency, based on the holding volume of Coni per hour divided by its total hourly volume then multiplied by 100 percent. CoinBene wrote on Twitter that “the trading fee will 100% exchange to ETH at closing price hourly and will be return [sic] at 15:00 next day.”

The exchange tweeted June 25 about their move to the top of the CoinMarketCap rankings, writing that “now we are the champion in the world!!!”

on January 2018, we aim to reach the top 10 exchange in the world. we live through our ups and downs in the past six months , and never give up and now we are the champion in the world!!! we will continue to move forward with gratitude to our users, honest & humble to market . pic.twitter.com/fGVeYq7xEs

According to Bit-Z’s website, their new transaction fee mining model means that users are refunded for their transactions fees in “the form of equivalent BZ,” the platform’s native ERC20 token, if users have completed level three verification.

The model was introduced on June 25, according to Bit-Z’s Twitter, with a limit of 600 million BZ. According to their white paper, the model works by decreasing the amount of BZ returned by 3 percent every 10 million BZ period.

Bit-Z tweeted on June 25 that the total turnover of the 12 hour period after beginning their new transaction fee model exceeded 27 billion:

Dear all，
Trading Mining volumn is to break 60 million~