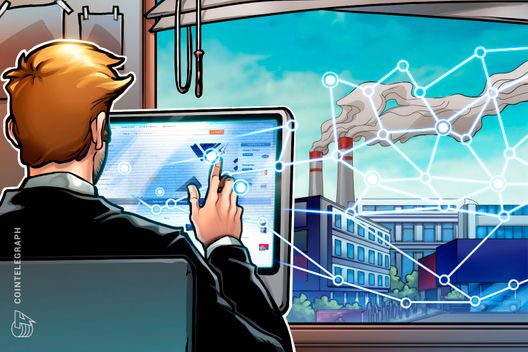 Alibaba has shown enough interest in blockchain and cryptocurrency but is still keeping its hands directly clean.

Since Bitcoin’s uses started to be thrashed out in forums and around dinner tables alike, there was always the belief that it would be a perfect thing for the likes of Amazon to accept. Digital cash for a digital store.

Amazon may well be getting into the blockchain game, albeit slowly, and not with Bitcoin. But what about Alibaba? Alibaba is in the East, what Amazon is in the West, and is a massive eCommerce business with huge sway and power in the tech market.

So, if Amazon’s Bitcoin, blockchain and cryptocurrency journey is pretty much mapped out and accounted for, what is the deal with Alibaba, and where do they stand on this revolutionary technology, this new form of money, and this popular digital cash?

Alibaba is much more than just an eCommerce site for the East. It is a holding company with 13 subsidiaries — from the main eCommerce site to a football team in Guangzhou — and over 66,000 employees.

It is obviously also a very tech-forward company, being a successful eCommerce business first, and being co-founded by Jack Ma — one of China's richest men with a net worth of $42.7 billion — it is also a company with a lot of clout.

So, with the likes of Amazon, Microsoft, IBM, Oracle and other heavy-hitting, Western technology companies all scrambling to make sense of blockchain and cryptocurrencies with their own projects, it is interesting to look into Alibaba’s vault and see what they have been doing with the technology.

It won’t be easy to find Alibaba’s hands directly linked to Bitcoin like, for instance, in the way that many maybe would hope to see; the eCommerce store suddenly started accepting Bitcoin, but — delving deeper into the subsidiaries — there is evidence of Alibaba experimenting with blockchain itself.

Recently, it was reported that Alibaba subsidiary Ant Financial has trialled its first blockchain remittances, sending a transaction in three seconds.

This trial saw the company completed a funds transfer between its AliPayHK app in Hong Kong and Filipino payment app GCash — its joint project with local telecoms company Globe Telecom.

Jack Ma was on hand to explain the importance of this trial and why he and Ant Financial — and thus Alibaba Holdings — thought cross-border remittance is vital, and how blockchain is a big game changer.

“Using blockchain to achieve cross-border remittances is one of my most concerned projects in the past six months. Starting from Hong Kong, this service [AlipayHK] will be brought to the rest of the world in the future.”

Clearly, Ma sees the value of blockchain technology, especially in finance. In fact, he goes on to give an even bigger insight into how blockchain and finance can help the world.

“Blockchain should not be a tech to get rich overnight. There are still 1.7 billion people in the world who have no bank accounts, but most of them have mobile phones. The impact of blockchain on the future of humans may be far beyond our imagination.”

There is more evidence of Ma, and Alibaba getting its hands near — but never directly on — blockchain and cryptocurrency technology when  ZhongAn Tech announced its plans to use blockchain technology to cut risk and costs in healthcare insurance

ZhongAn, the technology incubator for ZhongAn Online Property & Casualty Insurance, was founded in 2013 by the chairman of Alibaba Group, Ma. This use of blockchain in such a space also tied in with Ma’s general thoughts on blockchain being effective for addressing privacy and security issues across all industry sectors.

Furthermore, Alipay’s operator Ant Financial, a long-term subsidiary of Alibaba Group Holding, has entered into “definitive agreements” with investors to secure $14 billion in a ‘Series C’ equity financing round. The money will be spent to pursue blockchain and technological innovation.

Ant Financial’s CEO Eric Jing has said that he “definitely” expected to see blockchain becoming “deeply” implemented into Alipay in future, eventually acting as a base protocol for the popular mobile payment application.

This financial arm of Alibaba also recruited blockchain experts to actively look into the potential of blockchain technology through 2017 and surely has been building up a big base of knowledge and information on the technology.

It is more evidence of the companies in and around the conglomerate of Alibaba seeing huge worth in blockchain and financial services along with the technology. But it did not start here.

All the way back in August 2016, Alibaba introduction of tamper-proof blockchain technology to improve accountability in the Chinese charity industry. This was Ma’s first foray into blockchain technology, and — as the philanthropist has probably learnt along the way — there is a lot still that can, and should, be done with it.

All this being said and done, Ma — as the charismatic face and head of the conglomerate — has never really been a big fan of Bitcoin, or really any of the cryptocurrencies attached to the blockchain technology he clearly values.

Speaking in May, at the second World Intelligence Conference in Tianjin, Ma said that blockchain technology is not a bubble, but Bitcoin is.

Ma has always warned against those who view cryptocurrency — and blockchain — as a “huge gold mine,” even at the Bitcoin frenzy height of December 2017, Ma was perplexed at what he was seeing around the cryptocurrency space.

“I don't know about Bitcoin at all. I'm particularly puzzled. Even if it can really work, the rules of global trade and the financial system will be completely changed. I don't think we are ready. So I'm still paying attention to Alipay, to the U.S. dollar, and the euro. We have a team that studies blockchain, but Bitcoin is not something that I want to pursue. We don't care about Bitcoin.”

Ma reiterated these points on June 25, in Hong Kong, when he said:

“It is not right to become rich overnight by betting on blockchain. Technology itself isn’t the bubble, but Bitcoin likely is.”

It is a telling passage from Ma and one that, in hindsight, speaks a lot of sense about the Bitcoin mania that was seen when prices topped $20,000. He admits to having a huge respect and interest in blockchain, and that his company is working to understand it better. But Bitcoin — and, by extension, any of the cryptocurrencies — are not of interest to Ma and Alibaba.

Ma held true to these words and his company’s dealings with this ecosystem are mirrored in what he says. There were rumours in January that the conglomerate had launched its own cryptocurrency mining platform but that was quashed by Alibaba.

Additionally, the online shopping website Taobao, a subsidiary of Alibaba, banned stores on the platform from providing services related to ICOs.

Ma seems to be doing all he can to separate Bitcoin from blockchain in a way that many see as impossible — or, at least, unfeasible.

It would seem that the narrative of ‘blockchain over Bitcoin’ is becoming louder, especially in China, where the country has banned all it can to do with Bitcoin and cryptocurrencies, yet still managed to make strides in blockchain technology.

Indeed, China is one of the first countries in the world to mention the technology in a state-level policy: in 2016, blockchain was added into the 13th Five-Year Plan, a road map for national development from 2016 to 2020.

During the show, it was said that blockchain is "10 times more than that of the internet" in terms of economic value, while the technology was also dubbed as “the machine that generates trust.” The very same broadcaster, CCTV, would smear crypto projects during the clampdowns, as has been pointed out by other media outlets.

Many will argue that there is no splitting cryptocurrencies from blockchain technology, and that they are intrinsically linked, such as Elizabeth Stark, CEO of Lightning Labs, which developed the Lightning blockchain scalability protocol. Stark has spoken out against this narrative, that is not only being pitched by Ma — and the likes — in China, but also much of Wall Street, which is fearful of the financial implications that Bitcoin has on the current established order of money.

“When we first pitched my company Lightning Labs, we actually took the word ‘Bitcoin’ out of our deck and our marketing material because it was so much about blockchain. Now, I feel like we’ve entered into a ‘Bitcoin, not blockchain’ world, where people understand the value of cryptocurrency technology and what these can bring. You also have Proof-of-Work in Bitcoin, you have the public/private key cryptography. There are other things that make Bitcoin special. Somehow, the blockchain part got separated and became a thing.”

A long way from buying on Alibaba with Bitcoin

It seems, then, that those in Asia, who are waiting to spend their hard-hodled Bitcoin on Alibaba to make payments that much easier, are in for disappointment. There is nothing across the technology conglomerate that even remotely suggests that Alibaba will be accepting Bitcoin anytime soon.

The same can be said about Amazon, really. People may be polling for Amazon to accept Bitcoin, but really, their eyes are on a much bigger, blockchain prize. There may be a debate as to the possibility of separating Bitcoin and blockchain — and if it is viable or right — but what is for certain is that those at the top of their game seem to be more interested in the technology rather than the ‘prize.’

Amazon and Alibaba have both shown that — even as eCommerce companies — they can benefit a lot more from blockchain, Bitcoin, and cryptocurrency: from expanding on the underlying technology to then simply accepting the coins that come with it.

Ma’s sentiment about not becoming rich overnight by leveraging blockchain technology is entirely true. For these major businesses, there is a lot more value in going through the process of perfecting blockchain use in their sectors before really looking into generally accepting a new form of digital payment.