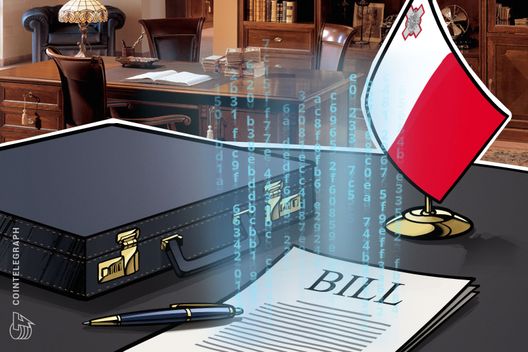 Malta approved three distributed ledger technology and crypto-related bills in their second reading in Parliament yesterday, June 26, according to legislative records from the plenary session.

The approved bills include the Innovative Technology Arrangements and Services Bill, the Virtual Financial Assets Bill, and the Malta Digital Innovation Authority Bill. The first two bills provide for the regulation of digital ledger technologies – of which blockchain is one type – and virtual financial assets in Malta under the supervision of the Malta Digital Innovation Authority.

The Malta Digital Innovation Authority Bill establishes the organization with the goal to “promote consistent principles for the development of visions, skills, and other qualities relating to technology innovation” as well as support regulations of the sector.

Silvio Schembri, the Junior Minister for Financial Services, Digital Economy and Innovation within the Office of the Prime Minister of Malta, tweeted about the passing of the bills yesterday, referencing Malta’s moniker as a “blockchain island:”

“Today Maltese Parliament unanimously approved 3 bills on DLT/blockchain, a 1st in the World. Honored to have driven these bills. Announced that Mr Stephen McCarthy will be the CEO of the new #Malta Digital Innovation Authority.  #BlockchainIsland -SS”

In addition to the passing of the three bills, local news outlet the Times of Malta confirmed Stephen McCarthy’s appointment as CEO of the Malta Digital Innovation Authority in an article published today, June 27. McCarthy had previously served as the CEO of Malta’s Housing Authority.

Several large cryptocurrency exchanges have recently moved their operations to Malta — OKEx, BitBay, Binance — as the country has actively developed crypto friendly legislation. Last week, the newly appointed chairperson of the Malta Bankers Association said that blockchain tech sounds like a “banker’s dream” and cryptocurrencies are “here to stay.”