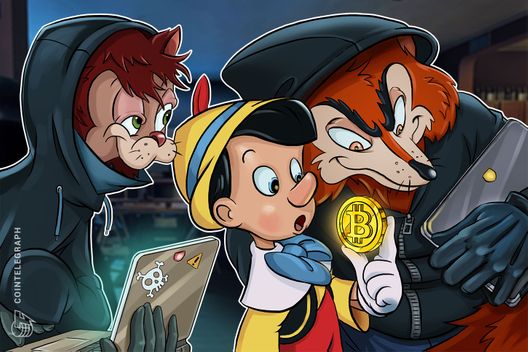 U.S. prosecutors have seized around $17 mln in BTC and other cryptocurrencies from both men, and are also seeking to forfeit the value of a further 4,000 BTC.

U.S. law enforcement has seized $17 mln in Bitcoin (BTC) and other cryptocurrencies, and is seeking to seize about $24 mln more, from two Maryland, USA men, on charges of selling counterfeit drugs on the dark web, according to a Department of Justice (DoJ) press release published yesterday, June 26.

In addition to around $17 million in Bitcoin and other cryptocurrencies, Law enforcement has seized $2.5 million in computer equipment, and over $1.5 million in cash. The government is further seeking to forfeit “no less than” $5.67 million, plus the value of 4,000 BTC (about $24 mln at press time), believed to be the proceeds of the illegal drug sales.

The six-count indictment –– unsealed June 22 –– alleges that from Nov. 2013 through June 2017, Ryan Farace, 34, sold fake “Xanax” pills on the dark web in exchange for Bitcoin. Together with Robert Swain, also 34, he is further charged with laundering the proceeds through means “designed to conceal the source and ownership of the illegal funds.”

Farace now faces a maximum sentence of five years in prison on drug distribution counts, with both men facing a maximum of 20 years’ imprisonment on money laundering charges.

In February, a two-year study of the dark web ecosystem claimed that Bitcoin may be losing its cachet as the number one currency on darknet markets, seemingly due to users’ frustrations with network traffic and transaction fees.

In March, Cointelegraph reported on a case in Ohio, in which federal prosecutors sought the forfeiture of over 500 Bitcoin (then worth about about $5.5 mln, now worth about $3 mln) seized during the investigation of a group allegedly producing fake identity documents. The US Marshals Service has periodically held auctions for seized crypto assets, selling 3,813 bitcoins (about $22.8 mln today) in January of this year.