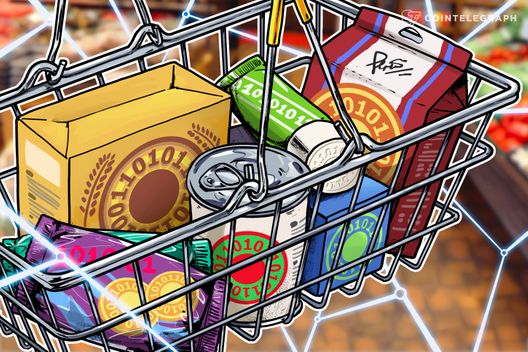 A Walmart-led blockchain initiative with IBM seeks to reduce the time and energy involved in tracking food across the global supply chain.

Walmart and nine other companies have partnered with IBM in order to release a blockchain for tracking food globally through its supply chain, The Wall Street Journal (WSJ) reports June 25.

The Food Trust blockchain, which includes Nestlé SA, Dole Food Co., Driscoll’s Inc., Golden State Foods, Kroger Co., McCormick and Co., McLane Co., Tyson Foods Inc. and Unilever NV, have been collaborating with IBM on the initiative since 2016, and began conducting trials of the product in August of last year.

The WSJ states that the Food Trust’s goal is to improve the companies’ ability to identify issues involved with food recalls, such as tracing outbreaks more quickly to limit customer risk.

Walmart’s vice president of food safety, Frank Yiannas, referred to the Food Trust blockchain as the “equivalent of FedEx tracking for food,”

“You’re capturing real-time data at every point, on every single food product.”

Although the brands involved may be competitors in some cases, Chris Tyas, global head of supply chain at Nestlé said that regardless, they are “working together to ensure the trust of consumers.”

The WSJ writes that the blockchain was not ready in time to help in tracking the E.coli-contaminated romaine lettuce in the US that has infected more than 197 people across five states. Yiannas notes that even if it takes years for the food industry to completely adopt blockchain, in the future “outbreaks don’t have to be this big and this long.”

In April, Walmart had announced that it was ready to use blockchain for its live food business. The company has recently been awarded a patent for blockchain chain use for medical records as well, and has filed a patent for a blockchain-based customer marketplace for reselling Walmart goods.