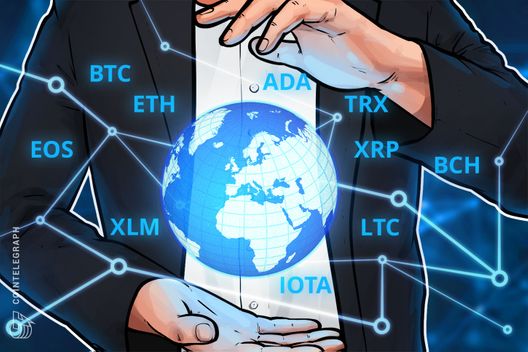 The total market cap of all cryptocurrencies has lost almost $600 billion since January 2018 - is there a bottom in sight?

Such a fall can scare away even the most patient investor, but big money is made by going against the herd at the right time. We believe that the cryptocurrencies are setting up for such an opportunity.

Bottoms are usually not made in a day. Hence, it would be wise to invest gradually so that the buy price overages out as close to the lows as possible.

Founder of OnChain Capital Ran Neu-Ner believes that Bitcoin might test $5,350 within the next couple of weeks, yet he is upbeat on the long-term picture. He advocates buying for the long-term.

Fundstrat’s Robert Sluymer said that a rally above $6,300 might reverse the trend in Bitcoin but a rally to $25,000, as predicted by Tom Lee, might be “tough to achieve.”

What does our analysis forecast? Let’s find out.

The bears succeeded in closing (UTC time frame) below $6,000 on June 28. Ideally, a breakdown from such a critical level should see follow up selling but that hasn’t happened. Now Bitcoin is trying to rise above $6,000 levels once again.

If the BTC/USD pair sustains above $6,000, a move to the 20-day EMA is likely where another round of selling can be expected.

We shall turn positive only above the horizontal resistance at $6877.36. Hence, we had recommended a long position at $6,900 in our previous analysis. We retain the same buy call for the weekend.

Ethereum continues to gradually slide towards its next support level at $358. The pullback attempt on June 27 hit a roadblock at the previous support of $450, which will now act as a resistance.

We anticipate a strong defense of the critical support level at $358. The ETH/USD pair will gain strength above the downtrend line.

If the bears break below $358, a fall towards the next support at $275 is possible. We shall wait for a new buy setup to form before suggesting any long positions.

After the momentary respite on June 27, Ripple broke down of the critical support at $0.45351 on June 28. This shows a lack of buying interest even at these low levels.

The next logical support on the XRP/USD pair is way lower at $0.24. Our bearish view will be invalidated if the bulls quickly turn around and move back above $0.56270.

As of now, the bears are in command. We shall wait for buyers to return and a new setup to form before proposing any trades.

The RSI is in the oversold territory and both moving averages have turned down sharply. This shows a clear bear dominance.

The BCH/USD pair will pick up momentum once it breaks out and closes (UTC time frame) above the 20-day EMA for a couple of days. Until then, it is best to remain on the sidelines.

Though the bulls have failed to break out of the downtrend line 2, they have managed to defend the June 24 lows of $6.8926. Any break of this level will extend the fall of EOS to the next support at $5.9610.

Though both moving averages are falling and the cryptocurrency has failed to sustain above the 78.6 percent retracement level of the recent rally, we remain upbeat on it because it has still not broken below its April lows.

We shall look for buying opportunities when the EOS/USD pair breaks out of the 20-day EMA and the downtrend line.

The attempt to pull back on June 27 did not find buyers at higher levels and Litecoin failed to reach even the downtrend line. The bulls are unable to achieve a pullback even from deeply oversold levels on the RSI, which shows weakness.

The bears, on the other hand, have broken below $75 today and can now extend the fall to the next support level at $67.

On the upside, the bulls will face a stiff resistance at the downtrend line, the 20-day EMA and at $107.102. We shall wait for the LTC/USD pair to form a new buy setup before recommending any trades on it.

Cardano is not attracting any buyers even at the current levels. It continues to slide towards its next support at $0.078215.

The decline has sent the RSI deep in the oversold territory, still, a pullback has evaded the ADA/USD pair.

The first sign of strength will be when the bulls manage to break out and sustain above the 20-day EMA. We shall wait for a further move above the $0.182 levels before suggesting any trades.

The bulls have failed to defend the support at $0.184. Stellar can now decline towards its next support level at $0.138.

The first sign of a change in trend will be when the XLM/USD pair scales above the downtrend line and the 20-day EMA.

We might suggest long positions if we see the cryptocurrency sustain above the 20-day EMA. Until then, the traders should remain on the sidelines.

IOTA has held the critical support at $0.9150 for the past five days. However, the failure of the bulls to secure a pullback from this level shows weakness.

On the upside, the bulls will face a stiff resistance at the 20-day EMA, the downtrend line and the 50-day SMA.

We want to see buyers return before proposing a trade in IOTA.

Both moving averages are falling, which shows that the bears are in command. A change in trend will be indicated once the TRX/USD pair breaks out of the downtrend line.

Until then, all rallies to the 20-day EMA will be sold into. We are keeping an eye on the developing positive divergence on the RSI but we shall recommend long positions only after the price also shows signs of bottoming out.