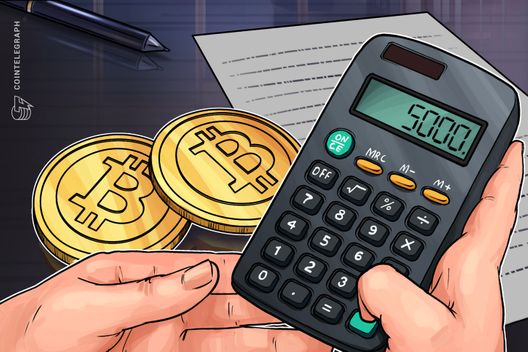 Chief Economic Advisor at Allianz, Mohamed El-Erian, says he would consider buying Bitcoin if it hits the $5,000 mark, largely on “gut feeling.”

Chief Economic Advisor at financial services company Allianz, Mohamed El-Erian, told CNBC today, June 29, that he thinks Bitcoin (BTC) will eventually be treated as a store of value – and that he would consider buying if the price hits $5,000.

While El-Erian reports currently not owning any Bitcoin, the influential economist said he would consider buying at the $5,000 price point, explaining that his reasoning as being based on a “gut feeling.”

El-Erian dismissed Bitcoin’s skyrocketing prices in late 2017 as “pure speculation,” fuelled by people jumping on the crypto “bandwagon,” adding that:

"I don't think you get all the way back to $20,000, but I do think that you need to establish a base whereby the people who really believe in the future of Bitcoin consolidate and then that provides you a lift."

El-Erian went on to say that while he believes that cryptocurrencies will have longevity, they will take a different form to what we have today:

"I suspect that if you look 10 to 15 years down the road, we will have digital currencies, but the public sector will have involvement in that. It will not be pure Bitcoin. But the blockchain technology, take that seriously."

In the long term, El-Erian considers that Bitcoin will not serve as a currency in so much as “another commodity-like asset out there that you can trade, and mainly as a store of value."

In this regard, his position aligns with Bitcoin’s existing status in the eyes of the U.S. Commodities Futures Trading Commission (CFTC), who has classified the leading cryptocurrency as a commodity since as early as 2015.

El-Erian also believes crypto adoption rates “will be much slower than what the believers think.” He took the same stance back in September 2017, foreseeing Bitcoin’s subsequent “price explosion,” but suggesting that “mass adoption” wouldn’t happen, largely because of governments’ intervention.

Bitcoin is currently trading at $5,885, down almost 4 percent on the day, and over 20 percent this month. On June 24, BTC also plummeted below the $6K mark, reaching its lowest price level in 2018, a point it had not hit since October 2017.