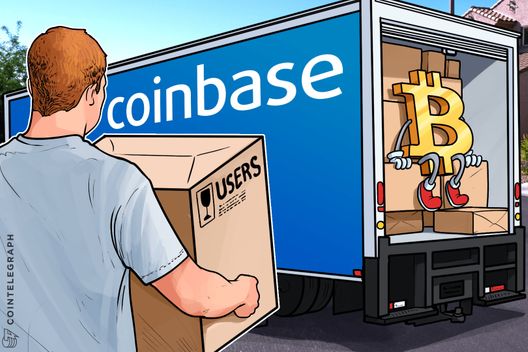 Leading U.S. cryptocurrency exchange and wallet provider Coinbase announced today, June 28, that they are opening a new office on the west coast of the United States in Portland, Oregon.

According to a statement on the Coinbase blog, the exchange had considered different cities before deciding on Portland for its “incredibly talented, innovative open-source and blockchain communities.”

Coinbase states that it has signed a seven-year lease on the new office, where renovations will begin in the coming weeks. Per the blog post, Coinbase will add up to 100 new jobs to the Portland economy this year, with possibly more to come as the company grows.

Earlier this month, critics alleged that Coinbase is underprepared and overwhelmed by its current growth pace. Documents acquired by Mashable via a five-month Freedom of Information Act (FOIA) process, comprise of 134 pages of complaints filed by the exchange’s users.

Users reported difficulties accessing funds, frustration at being locked out of access, not receiving due funds, and difficulties transferring funds between accounts. Mashable wrote that the filings form a “troubling pattern,” that shows users are attributing their losses and inconveniences to mismanagement by Coinbase.

Earlier this month, Coinbase announced that it will expand into Japanese markets. The exchange says that it will apply for a license with the country’s financial regulator, the Financial Services Agency (FSA), “within one year.” Following the amendment of Japan’s Payment Services Act in April of 2017, all crypto exchanges operating in the country must apply with the FSA for proper licensing.