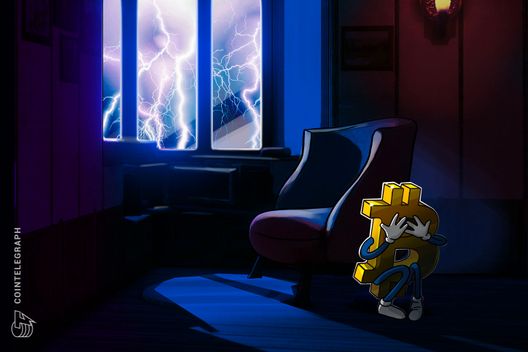 A study suggesting that the Lightning Network struggles to route payments, especially larger amounts, has been called ‘bullshit.’

On June 28, news emerged that a study, conducted by Diar, suggested that the Lightning Network, which is being heralded as a potential way for Bitcoin to scale, is not as effective at routing payments than was first believed.

The study’s overall claim was that “the reliability of successfully routing a payment on the Lightning Network is still quite low,” especially when it came to larger amounts.

However, experts in the know — including Bitcoin core developer Jonas Schnelli and core development contributor, Peter Todd, as well as the co-founder of Lightning Labs, Elizabeth Stark — have all slammed this report.

The issue essentially comes down to the fact that Lightning is still very much — and very publicly — in beta testing, where developers put in place a temporary upper limit on channel funding amounts. However, the study has blown past the parameters of the beta test, questioning why it can’t run when it has not even begun to walk yet.

The Lightning Network (LN) has been in development as a way to speed up blockchains which are suffering from scalability issues. As blockchains get busier, so do their transactions slow down and are often caught in a backlog, which also raises fees, as miners charge higher fees to put every single transaction on the blockchain.

There is a lot involved in the LN, and making sure it can operate as a second-layer payment protocol on something as big and built up as Bitcoin is taking a lot of time and delicate energy to get right.

The LN has made a few big steps in its development since its alpha release for testing on Bitcoin’s testnet in January 2017, but the process has always been slow and steady in order to try to get the process 100 percent right.

January this year saw the first physical purchase on the Lightning Network as a Reddit user purchased a VPN Router through a payment channel provided by TorGuard.

Even back then, though, the news was also pegged with a disclaimer stating that it is not ‘production ready.’

Disclaimer: c-lightning is not production ready. TorGuard will cover loss of funds when sending us LN payments. Testnet is so boring.

On March 15, another big milestone was reached for Lighting and Bitcoin, as Lightning Labs released the first Bitcoin mainnet-ready LN implementation. And with this milestone again came the warnings and disclaimers, this time from Peter Todd and Bitcoin.org creator Cobra.

The way @Blockstream is promoting LN use on mainnet is very irresponsible. People will lose money and LN reputation will be damaged. A few weeks ago, I received a disgusting and accusatory email out of nowhere from someone very high up their chain of command. Terrible company.

“Note that this release is intended for developers of future Lightning applications (Lapps) along with technical users and prospective routing node operators,” Lightning Labs’ blog post read in a very pragmatic tone.

“In this early phase of Lightning, we’re focused on providing the software infrastructure (such as lnd!) necessary to bootstrap the network and serve as a platform for future applications, services, and businesses.”

With milestones being reached — and hype and excitement reaching levels where the LN was being given its own ‘pizza day’ as a nod to the day Bitcoin was used to buy two pizza — it was always necessary to cool the jets of the over zealous.

It seems, then, that the report by Diar overshot the mark, somewhat — looking beyond the capabilities of what the LN is capable of today, but still demanding these promises be met.

The study delves into how the LN has been growing, noting the increase in nodes and fund capacity. However, it states the reliability of successfully routing a payment stays quite low. The report goes on to pinpoint the low amounts, which are being transacted across the channels, as proof that there are problems with payment operations.

It states, that on average, that each node contains over four open channels and each channel has an average capacity of $20. It also goes on to say that the success rate for a payment of less than $200 is 1 percent. 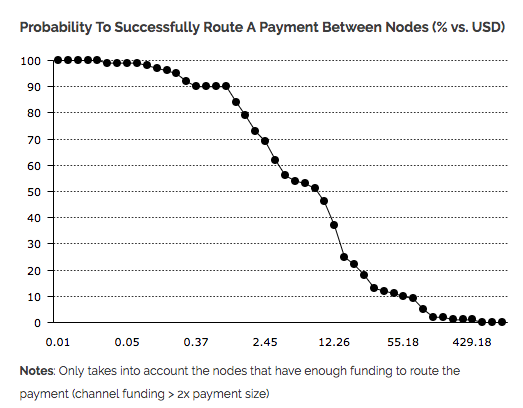 Those who are in the know with the LN, such as co-founder of Lightning Labs Elizabeth Stark, have called the study “bullshit.” Speaking to Cointelegraph, Stark admits that they are mostly ignoring this as “another example of FUD” and that they “have work to do, and things to build.”

He explained to Cointelegraph the crux of the matter, which the study misses:

“See, Lightning has a temporary upper limit on channel funding amounts in an effort to discourage uses of Lightning that could lose a significant amount of money. In turn, users have heeded the warnings of the devs, and not put much money on their channels. The result is both predictable and desirable.

“This limit will get removed at some point. Additionally, work is being done to allow for multi-path routing of payments, where the size of any one channel wouldn't limit total payment size, as multiple channel paths would be used simultaneously to make payments.”

Another one of the main Bitcoin developers, Jonas Schnelli, is also plainly aware of the limitations of the beta test that have been put forward by the Lightning developers. Schnelli reiterated to Cointelegraph:

“Lightning is still in Beta. The developers have always told users to open channels with only small amounts due to eventually unknown security risks. Now some people — in the press — are claiming that its not reliable for larger amounts…

“In my opinion, lightning is very reliable. Channel amounts will slowly increase as confidence rises. That article above is misleading since it hides that fact the developers have asked for small amounts to be used.”

Finally, Stark also repeats the same point again, something that she points out in a tweet that the study missed.

Lol, and yet the maximum payment on LN is currently less than $300. But hey why would they tell you the truth? 🙃

“We told everyone to use small amounts for testing, this should be a surprise to no one,” she told Cointelegraph. “They [Diar] also don't even acknowledge new tech like AMP, which will let people chop up a single payment through capacity on different routes. And clearly, they didn't get the memo on the payment limit on Lightning that the developers put into place, which I find hilarious! You can't route payments over the payment limit!”

Next time you guys write a piece with a poorly-researched and written study, you might want to give the actual devs more time to comment. 🙃

It seems that the study by Dair is actually pointing out the obvious, but it has already been pointed out by the developers and those who know what is happening with the building of the Lightning Network. It is indeed true that there is a high chance of failure for larger amounts on the LN as it stands — but that has never been hidden and has never needed to be discovered.

Christian Decker, a guru of the LN, also spoke out against the study stating that the information they lacked in their findings was always available.

Kind of amusing that people "discovered" that LN channels have a small capacity after months of us cautioning users to use small amounts during their testing...

The LN is a project worthy of investigating, discovering, and researching, however, the study itself could have done a lot more in order to assure its findings. Information on the LN is extensive and available, but it is setting its own pace and looking to build from the base up.