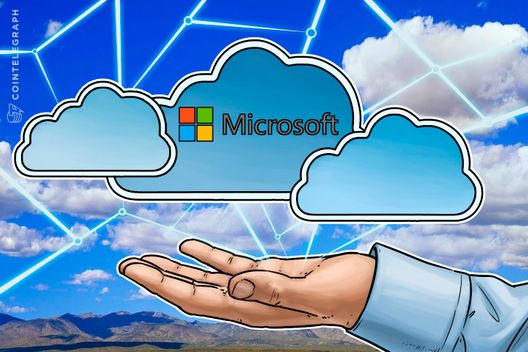 Microsoft Taiwan teamed up with two other companies to provide a platform for enterprise blockchain development in the Asia-Pacific region.

The Taiwanese subsidiary of tech giant Microsoft has partnered with tech investment company China Binary Sale Technology and High Cloud to create a platform for enterprise blockchain development, according to a press release from Microsoft June 28.

Microsoft will provide its Azure cloud platform as a base for China Binary’s blockchain service. The three-part partnership reportedly intends to transform various industries such as finance, e-commerce, and entertainment, focusing on the Asia-Pacific region.

China Binary’s founder Sun Jiangtao noted the crucial role of blockchain technology in fintech, business, science and other industries. Following the newly-announced cooperation, Jiangtao emphasized the importance of combining blockchain applications with other technologies, such as Internet of Things (IoT), biometrics, and artificial intelligence (AI).

In late May, Taiwan’s government created a parliamentary blockchain group to promote the development of the technology. On May 14, privately-held Taipei Fubon Commercial Bank announced that it deployed its blockchain-based payment system, reportedly becoming the first bank in Taiwan to do so.