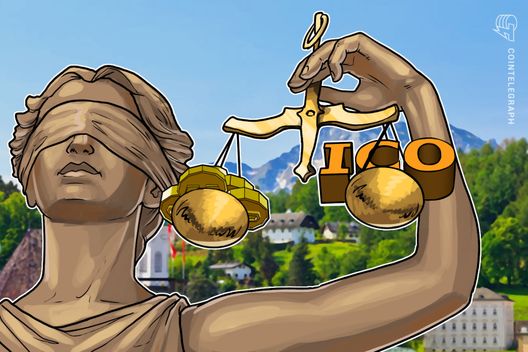 Austria's Financial Market Authority has introduced proposals for the strict regulation of cryptocurrencies and ICOs.

According to an article published in the Austrian newspaper Die Presse on the June 29, Kumpfmüller proposed a "threshold-dependent" prospectus requirement for ICOs similar to that of securities. The FMA executive committee defined a "reasonable" threshold as two million euros. In addition, according to Kumpfmüller, there should be a concession obligation for distributors of cryptocurrencies and that these "will be treated like securities in the future".

Ettle compared the proposed regulations to existing restrictions on financial institutions, "For the purchase and sale of foreign currency you need a mini-bank license." So far, trading cryptocurrencies has no such analogous regulation under Austrian law. Last year, the FMA submitted around 30 statements regarding suspected legal violations in connection with cryptocurrencies and ICOs to the public prosecutor's office.

According to Die Presse, FMA board members expressed their discontent with Austria's Finance Minister, Hartwig Löger, who wants to strip the agency of some of its authority. In regular disputes between the FMA and the auditing authority (OePR), Löger calls for more "regulatory responsibility at the ministerial level", which the FMA should then "reasonably execute."

According to the FMA executive board, matters such as money laundering have so far only been superficially regulated by law, and further oversight by the ministry should be seen as a positive development. However, there are "no serious problems" with regard to supervision and accounting, so transfer of competences would likely be regarded as "a political decision". Ettl said it was crucial that the FMA retains "integrated and independent supervision."

However, with regard to tightening regulations on cryptocurrencies, the FMA and the Finance Minister are not so far apart. When Löger called for tighter rules in the crypto sector in February, and for early regulation at the European level, both Ettl and Kumpfmüller approved and offered their participation in a "FinTech Regulatory Council" proposed by Löger.