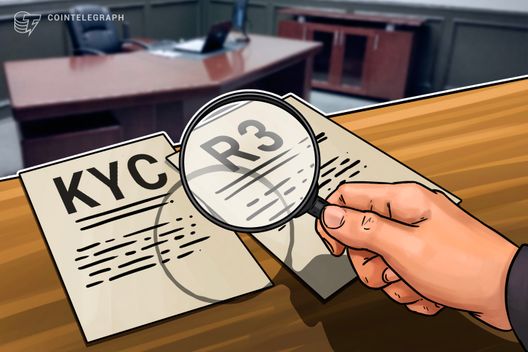 39 financial firms partnered with blockchain consortium R3 completed more than 300 transactions via R3’s know your customer (KYC) application, according to a post on R3’s blog June 28.

R3’s KYC project involved major financial and banking institutions worldwide such as Deutsche Bank, ING, the National Bank of Egypt, Raiffeisen Bank International, and others. It also involved regulators and central banks such as the Central Bank of Colombia, the Federal Reserve Bank of Boston, and the Financial Superintendence of Colombia.

The transactions were conducted across eight timezones in 19 countries, wherein banks could request access to customer KYC data, and clients could grant or revoke access. Project participants ran a total of 45 nodes on Microsoft Azure, sharing data via the Corda network using CorDapp.

David E. Rutter, CEO of R3, said the goal of the the Corda-based KYC application is to speed up the usually “slow and time-consuming” process of verifying customer identity for financial transactions, also noting an “increasing demand for blockchain-based KYC solutions.”

On June 8, R3 reportedly revealed that the consortium’s internal financial targets are “10X short” of their revenue. A managing director of R3 told Fortune that the company is not in danger of running out of revenue, and will provide an update on their finances by the end of the calendar year.