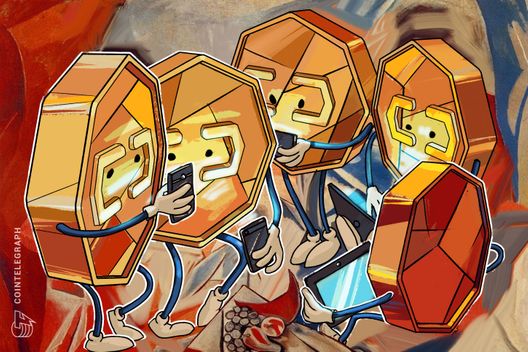 Facebook ends its crypto ad ban FUD, the Woz calls blockchain a “bubble,” and more in this week’s Hodler’s Digest.

Facebook will no longer ban ads related to cryptocurrencies, but will maintain their ban on advertising Initial Coin Offerings. Crypto advertisers must now submit an application to Facebook, with acceptance for the ads pending on their eligibility.

Economist Robert Shiller said this week that Bitcoin is a “social movement” that whose popularity is not reducible to a “rational response to new information.” Although Shiller did say that cryptocurrencies were a bubble, that doesn’t mean that they can’t recover even if the bubble bursts multiple times.

Apple’s Steve Wozniak Thinks Blockchain Is A “Bubble,” But Could Mature In The Future

According to Apple co-founder Steve Wozniak, blockchain is a bubble similar to that of the dotcom era. In Wozniak’s opinion, it will take time for the hype around blockchain to die down, leaving only the companies with the good ideas left standing. However, Bitcoin is still “just amazing,” in Wozniak’s words.

Tron, the eleventh currency by market cap listed on CoinMarketCap, has activated its mainnet this week after it moved to an independent public blockchain away from the Ethereum blockchain. June 25, dubbed “Independence Day,” was preceded by a four week build up to make sure investors were ready to move their ERC-20 standard tokens to the new network.

The Tezos Foundation has announced the launch of its beta network, with plans for a broader mainnet launch in the future. For now, the Tezos team has proposed the genesis block of their “betanet,” which allows transactions to be processed on the network, with users able to start validating blocks after the first seven cycles, or in about three weeks. Tezos’ controversial nature stems from the publicized dispute between its founders and the foundation’s board president, allegedly delaying the release of its tokens, as well as the multiple lawsuits over whether or not Tezos tokens should be considered securities.

“Blockchain should not be a tech to get rich overnight [...] There are still 1.7 billion people in the world who have no bank accounts, but most of them have mobile phones. The impact of blockchain on the future of humans may be far beyond our imagination,” — Jack Ma, CEO of Alibaba

“It’s a social movement. It’s an epidemic of enthusiasm. It is a speculative bubble. That doesn’t mean that it will go to zero,” — Nobel economics prize winner Robert Shiller on Bitcoin

Malta has approved three distributed ledger technology (DLT) and crypto-related bills in their second parliamentary reading this week. Two of the bills focus on the regulation of DLT and virtual assets, while the third creates the Malta Digital Innovation Association for regulating and supporting the crypto sector.

Florida’s Chief Financial Officer Jimmy Patronis will create a new position of cryptocurrency chief to both manage the application of current insurance and securities laws to ICOs and digital currencies and develop a regulatory framework. The crypto chief will coordinate with two financial regulators to develop policy for regulation legislation.

South Korea’s Financial Services Commission has introduced more stringent AML crypto guidelines, noting that crypto exchanges must conduct Customer Due Diligence and Enhanced Customer Identification in order to ensure the legitimacy of the trading purposes and funding sources. Exchanges are also responsible for making sure foreigners aren’t using local crypto exchanges, as well as to track and prevent money laundering and suspicious transactions.

133 deputies from Partido Popular, the current Spanish ruling party, has proposed a bill that would introduce blockchain to Spain’s public administration. The party has previously considered giving tax breaks to company that use blockchain tech, with that legislation set to be completed by year’s end.

Ant Financial, a subsidiary of China’s Alibaba, has trialed its first blockchain remittances, completing a funds transfer between AliPayHK in Hong Kong and Filipino payment app GCash in three seconds. Alibaba CEO Jack Ma that using blockchain for cross-border remittances is one of his most recent important projects.

Ebang Communication has filed an application for an initial public offering (IPO) with the Hong Kong Stock Exchange, confirming a Reuters report from May that the firm was potentially seeking to raise as much as $1 billion. The filing doesn’t note how much the Ebang hopes to raise, but does state that the firm earned $141 million in revenue last year.

In an exclusive interview with Cointelegraph, CEO and founder of Binance Changpeng Zhao announced that the company will be launching a crypto-fiat exchange in Uganda called Binance Uganda. The exchange, which will launch immediately, will be the company’s first steps into crypto-fiat trading, and will support the Ugandan Shilling and major cryptocurrencies.

The Sacramento Kings will be working with crypto mining hardware firm MiningStore to install ETH mining machines in an indoor basketball arena, with the goal to donate the proceeds to scholarship funding. The first recipient of the funds will reportedly be an initiative for black communities in Sacramento called “Build. Black. Coalition.”

Spanish securities regulator, the National Securities Market Commission, and stock operator BME have partnered with six banks — including Santander — to complete a “successful” Proof-of-Concept for warrant issuance. The blockchain-based system can register a warrant issuance in under 48 hours, a process that normally takes more than a week.

Walmart and nine other firms, in partnership with IBM, are collaborating on a blockchain for tracking food globally through its supply chain. The aim of the platform, called the Food Trust, is to enhance a company’s ability to find the issues associated with food recalls, like tracing outbreaks more quickly to limit customer risk.

The Taiwanese subsidiary of Microsoft has announced a partnership with China Binary Sale Technology and High Cloud in order to create a platform for enterprise blockchain development on Microsoft’s Azure cloud platform. The partnerships will focus on finance, e-commerce, and the entertainment industry in the Asia-Pacific region.

After a week of lows for both Bitcoin and Ethereum, both of the leading currencies are still slightly in the red, at around $6,365 and $452 respectively. Total market cap is at around $255 billion by press time.

Binance Postpones Resumption Of Trading, Withdrawals After Upgrade Due To Risk

Crypto exchange Binance paused trading and withdrawals for a scheduled upgrade this week, informing its users during the maintenance that it would take longer than expected. Once the upgrade was complete, Binance notified its users that it would not be resuming operations due to a warning flagged by their risk management system. Trading and withdrawals were have since been resumed.

Blockchain venture capitalist Spencer Bogart said this week that a “forced selling” of crypto from those that want to redeem out of their holdings in crypto hedge funds could “artificially” suppress Bitcoin’s price. According to Bogart, the increase in the number of crypto hedge funds nearing their lock up period will cause this suppression, but he remains optimistic that the price lowering could be temporary.

Expedia, which had accepted Bitcoin with Coinbase for flights and hotels since 2014, has confirmed they have removed the Bitcoin option for payment from their site. While the reason for the removal has not been officially commented on, some Reddit members suggested it may have to do with Coinbase stopping their custodial merchant tools.

A report from cybersecurity firm McAfee Labs shows that events of malicious crypto mining have gone up 629 percent in the first quarter of the year. The McAfee Labs Threats Report, which found more than 2.9 million known samples of cryptojacking this quarter, describes cryptojacking as “simpler, more straightforward, and less risky” than other cybercrime activities.

Fundstrat’s Robert Slyumer believes that Bitcoin needs a short-term breakthrough at $6,300 in order to reverse its current downtrend. According to his analysis of Bitcoin’s 15-day moving average charts as of May 2018, Slyumer noted that the resistance level is $6,300 to $6,400, with a critical stop level at $5,800 to $5,800.

All you could possibly ever need to know about stablecoins, and then some — Nevin Freeman of altcoin Reserve tells you which principles a stablecoin must have in order to show potential. The long read, which can get technical at times, aims to explain every aspect of stablecoins because, according to Freeman, “We need more people who are equipped to think clearly about stablecoins :).”

Venture capitalist Mike Maples Jr. delves into the history of the problem of governance of the “commons,” and how blockchain and crypto-powered governance markets will solve this “tragedy of the commons.” The question to be asked, according to Maples Jr., isn’t how crypto will “disrupt” the world, but the more forward-thinking variation of “What should JP Morgan do if he were alive today?”