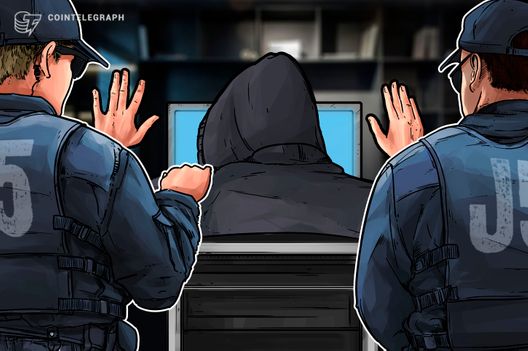 The US Internal Revenue Service (IRS) has launched an international taskforce together with tax enforcement authorities from four other countries to take on cryptocurrency-enabled crimes, according to a press release published Monday, July 2.

The new coalition, dubbed ‘The Joint Chiefs of Global Tax Enforcement,’ or ‘J5,’ comprises tax enforcement agencies from five countries in total –– Australia, Canada, the Netherlands, and the United Kingdom, alongside the U.S.

As part of J5, the agencies will cooperate on intelligence and criminal investigations “to reduce the growing threat to tax administrations posed by cryptocurrencies and cybercrime,” as well as to target transnational tax crime and money laundering.

According to the IRS, the decision to form a transnational taskforce via J5 was in response to the intergovernmental Organisation for Economic Co-operation and Development (OECD)’s call to action for countries to step up their efforts against the enablers of tax crimes.

Don Fort, chief of the Internal Revenue Service-Criminal Investigation (IRS-CI) –– which will act alongside the IRS as part of the newly launched J5 –– told Forbes today that a multilateral effort “can pressurize the global criminal community in ways we could not achieve on our own."

In February of this year, the IRS-CI assembled a team of 10 new investigators to tighten its pursuit of those who use crypto to evade taxes.

As well as subjecting cryptocurrencies to federal property taxes, the IRS has also taken part in joint action alongside the US Department of Justice (DOJ) and the FBI in crypto-related criminal cases, including a major indictment against listings website Backpage.com this spring –– the site was charged with laundering half a billion dollars in illegal revenue, partly via cryptocurrency.

To overcome difficulties in tracking anonymous crypto transactions, the IRS has long been pursuing crypto-enabled crimes by harnessing third-party blockchain intelligence tools such as Chainalysis, as Cointelegraph reported back in 2017.