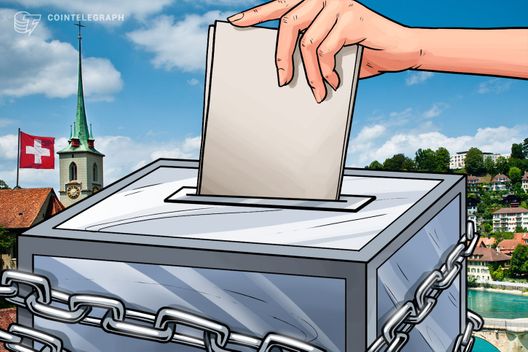 Dieter Müller, the head of communications for the city of Zug, told the Swiss News Agency that “the premiere was a success” and that the technical details will be examined over the next few months for privacy, voting secrecy, and the verifiability of the results.

The small-scale vote involved only 72 out of the 240 citizens with access to the online voting system, who participated in the non-binding trial vote between June 25 and July 1. Müller admitted to the Swiss News Agency that “the number of participants could have been higher.”

The test questionnaire asked citizens to vote on both minor municipal matters as well as if they think a blockchain-based eID system should be used for referendum votes in the future. The Swiss News Agency writes that three people indicated that it was not easy to vote digitally, 22 responded that they would use blockchain for tax returns or surveys, 19 responded they would pay parking fees with their digital ID, and three said they would use it for borrowing library books.

Switzerland has been referred to as the “Crypto Nation” due to its favorable tax laws and relatively friendly regulation for Initial Coin Offerings (ICO). At the end of June, the Financial Director of Zug called on the Swiss Bankers Association to creating a working group to help blockchain-related companies open bank accounts.