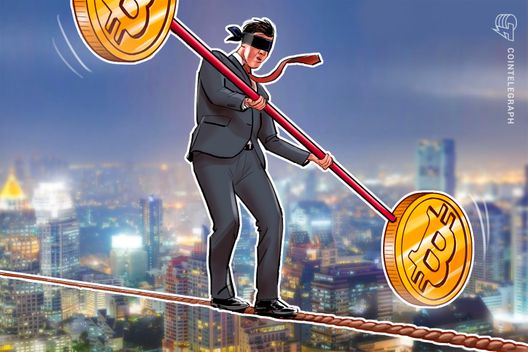 Gold investor Peter Schiff agrees with ShapeShift CEO Erik Voorhees that fiat is “not going to work,” but says Bitcoin “wouldn’t be an improvement” in recent NY debate.

The two financial thought leaders debated about the top cryptocurrency Bitcoin (BTC) and its underlying technology blockchain, questioning the potential for mass adoption, and comparing Bitcoin and other cryptocurrencies with other asset types such as fiat money and gold.

“Bitcoin will win because there is now competition in money, and Bitcoin is the best money currently available. Because it’s decentralized, it cannot be stopped.”

Voorhees noted that mass adoption will not happen right away or all at once, arguing Bitcoin will “simply, gradually come to be used as an occasional alternative to fiat.”

Defending Bitcoin bear position, gold investor and financial commentator Schiff argued that Bitcoin is not going to succeed in the future and work as substitute for fiat money since it is not backed by anything except the “confidence” of buyers, which is mostly driven by speculation.

Schiff spoke extensively on the value-creating characteristics of precious metal assets, namely gold, arguing that the fact that the U.S. dollar was once backed by gold is what allowed it to accumulate trust over time. Schiff argued that gold does not have to compete with any other asset, including Bitcoin, which is “replicating all of the properties of gold, except the most important one –– the metal itself.” Schiff’s argument for why gold is valuable as an element is based on the fact that it is rate and “has been valued as a commodity for thousands of years.”

Schiff, like many gold advocates on Bitcoin, expressed concern about the fact that it is not possible to find out how much Bitcoin is worth in terms gold or any other physical commodity:

“It has no real value into itself as a commodity, there is no way to relate the price of Bitcoin to the price of anything else.”

Continuing his argument, the investor claimed that the existence of multiple different cryptocurrencies was a weakness, stating “there is only one gold, there will never be another gold. Schiff noted there are, however, alternatives to Bitcoin, which, according to him, have “the exactly same properties [as Bitcoin]”:

The stock broker explained that if a cryptocurrency were to be backed by gold, or “by real money,” then it would be the “only type of cryptocurrency that can succeed.”

Schiff, however, agreed with Voorhees about the weaknesses of the existing fiat monetary system, claiming that it is “not going to work.” However, the investor argued that Bitcoin “is not an improvement,” saying that it is still a “speculative asset” that people buy into in hopes of earning more fiat money.

At another debate in New York in April, U.S. venture capital investor and Bitcoin supporter Tim Draper argued that Bitcoin is “bigger than the internet,” as well as a number of other major developments in human history. During the debate, the investment mogul stated his oft-repeated prediction that five years from now, people buying coffee with fiat will be “laughed at” for not using crypto.