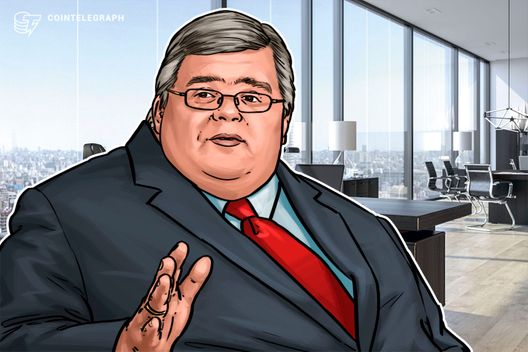 Bitcoin and cryptocurrency have come in for more bad press from banks as the head of the BIS says they “fail” as money.

The head of the Bank for International Settlements (BIS) continued the institution’s critical stance on cryptocurrency, saying it “cannot assume the functions of money,” BIS reports July 4.

“Those who have the biggest incentive in the system of these so-called cryptocurrencies are those who produce the assets - the miners… This incentive, however, is not compatible with maximising the usefulness of money,” he told the publication.

“Cryptocurrencies do not fulfil any of the three purposes of money. They are neither a good means of payment, nor a good unit of account, nor are they suitable as a store of value. They fail dramatically on each of these counts.”

The BIS had caused outrage when it published an article dealing with cryptocurrency in June, mainstream media widely reporting its highly suspicious outlook on the phenomenon versus fiat currency.

Keep writing FUD like this. In the attempt to discredit crypto-currencies you are only discrediting yourselves.

BIS: Bitcoin could bring Internet to a halt

Along with identical concerns over its potential to function as “money,” the article also feared that mass adoption of cryptocurrency could “bring the internet to a halt” and other controversial claims.

Continuing the narrative, Carstens, who has himself come out as a cryptocurrency bear on multiple occasions, said it would unequivocally not have a “happy ending.”

“...No need to beat about the bush on that count. One mustn't forget that central banks have been providing electronic means of payment for decades,” he continued.