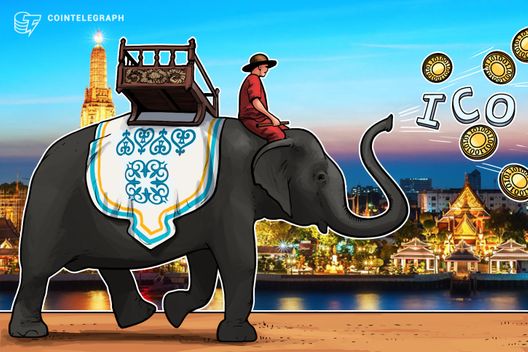 Thailand will enact pioneering ICO regulations this month, becoming one of the first countries to do so.

In an announcement July 4, Thailand has confirmed its long-awaited ICO regulations will come into effect July 16, cementing the fundraising instrument’s status in the country.

In summary comments, the Thai Securities and Exchange Commission (SEC) finalized details of how ICOs will operate going forward.

The new regulation will take the form of a two-tier vetting procedure, with accredited “ICO portals” in charge of selecting applicants to pass to the SEC for a final screening.

“Once approved by an ICO portal, the SEC will begin to consider applications for the issuance and sale of digital tokens for ICOs,” a rough translation of the announcement explains.

The system is the result of a consultation and preparation process by government which has run on for several months.

Originally announced in March and via royal decree in May this year, Cointelegraph reported, its culmination will see Thailand become one of the first jurisdictions in the world to permit ICOs to function in a fully-regulated environment.

South Korea could soon follow, lawmakers currently considering a reversal of the country’s ban on ICOs in favor of controlled operation.

Prospective Thai ICO operators meanwhile must comply with a range of prerequisites before applying, including minimum capital of 5 million Thai baht ($150,000) and the ability to fully disclose aspects of technical functionality and investment plans.