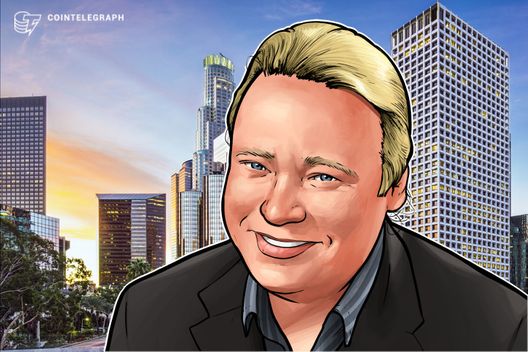 Brian Behlendorf of the Hyperledger Project has stated that the early blockchain revolution will hardly be noticeable to common consumers.

Speaking at the TC Sessions: Blockchain event in Zug, Switzerland, Behlendorf reportedly argued that a great number of consumers will not realize when financial institutions, governmental  websites, or even social networks start using distributed ledger technology:

“For a lot of consumers, you’re not going to realize when the bank or a web form at a government website or when you go to LinkedIn and start seeing green check marks against people’s claims that they attended this university — which are all behind-the-scenes that will likely involve blockchain.”

Behlendorf stated that blockchain could have a significant impact in the area of online identity. Instead of relying on centralized systems like Facebook or Twitter to store information, blockchain-based solutions could potentially store data more securely:

“I think we’ve got something of a solution but [it is] only going to work if the end user experience of managing your identity and your personal data is made easy and made fluid. It [has to] feel something like your wallet when you pull out your driver’s license and show it.”

“Tech giants such as Google, Amazon or Facebook will undoubtedly pick up blockchain and generate business models from it. However, I think that the core of blockchain — as a decentralized technology — will diminish [their] market power.”

As per Behlendorf, Hyperledger presently has around 10 code bases, where two are in production use with eight frameworks to build blockchains. He said that the large majority of developers are working on blockchain projects because their business wants to use it or launch a pilot, while just a few get involved to improve their skills and reputation. Regarding the open source nature of the technology he said ““For them, knowing other companies are using it and making a profit is fine. In fact, it’s a good thing.”