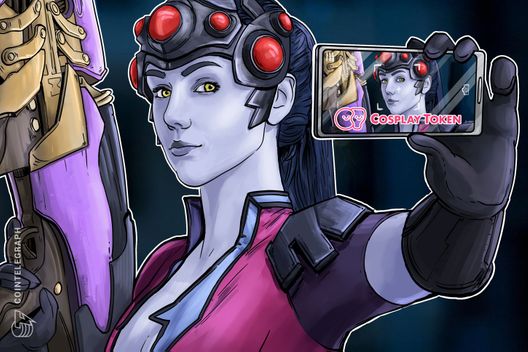 An established cosplay platform with 720,000 members is undergoing a blockchain revamp to help the industry develop a sustainable economy.

A company that bills itself as the “world’s largest cosplay platform” is turning to blockchain to help the industry develop a sustainable economy — tackling issues such as harassment and copyright in the process.

Cure WorldCosplay is an international community with more than 720,000 members in 180 countries. Available in 12 languages, the company says it offers a platform for talented cosplayers, photographers and prop makers to showcase their work. More than 6.5 million images have been shared on its service to date, and in excess of 430,000 people follow the platform’s official social media accounts.

In its white paper, Cure WorldCosplay explains that cosplayers have different goals for the future. While some aspire to become professional or gain more fans, others simply want a place where they can share their work with like-minded individuals. The company believes that satisfying all of these motivations can be an uphill struggle at times, with “challenges and roadblocks” often making it difficult for dreams to be fully realized.

According to the company, its years of experience — as well as ongoing feedback and anecdotal evidence — has led it to conclude that there are five main issues which are stopping the cosplay industry from reaching its full potential.

One of them is monetization. Cosplayers can struggle to make a living at times because they do not have the financial infrastructure to receive payments — and to compound the problem, their young fans don’t always have access to credit cards or PayPal accounts — two of the most common methods for making purchases. Growth in the cosplay industry has also been stymied by issues concerning copyright and revenue sharing, making it harder for professionals to capitalize on their creations.

Cure WorldCosplay also highlights the recent “cosplay is not consent” movement as an indication that change is needed. There have been reports of attendees at conventions being spoken to inappropriately, as well as being physically harassed while dressed as comic book or video game characters, motivating the company to place an emphasis on transparency and trust.

The platform also hopes to prevent information about events from being lost in translation — either because first-hand details are hard to find or because content is poorly translated from another language before being spread to the masses, creating confusion and a breeding ground for misunderstandings.

Proposed solutions for these issues include the specially designed Cosplay Token (COT), which would make it easier for players to receive payments, a system where copyrights can be recorded on blockchain, revenues can be distributed through smart contracts, a mechanism where users are identifiable and held accountable for their actions, and a platform where high-quality, accurate articles are distributed to fans —  with poor-quality translations voted down by the community.

Plans for the future

Cure WorldCosplay is planning to develop an official app which will bring these features together, along with a wallet to store COT. Players will also get the chance to create their own personalized coin, which fans can use for purchasing merchandise, event tickets or leaving tips to show appreciation for the content that has been posted.

Prominent cosplayers, photographers and entrepreneurs have signed up as ambassadors to the company — including the likes of Kazumi Noomi and Pugoffka. Whereas Kazumi is a model and active entrepreneur who began cosplay in 2002, Pugoffka is an established photographer who has been involved in more than 700 photoshoots, both in front of and behind the camera. The founder of Cosplay Token is Junichiro Kawai, who realized the huge potential of the cosplay market while working for a startup in the U.S.

The Cosplay Token crowdsale opens on July 29 at midnight UTC and closes on September 1 at 11:59 p.m. UTC. 500 million COT will be up for grabs. Half of the raised funds will be invested into operating the platform, 15 percent on PR and marketing, 25 percent on research and development, and the remaining 10 percent on legal services and advisers.

Cure WorldCosplay says they are planning to offer an Initial Exchange Offering (IEO) on QRYPTOS – similar to an ICO but instead, operated by an exchange. The company believes IEOs are gaining momentum as a new way to generate interest in tokens.