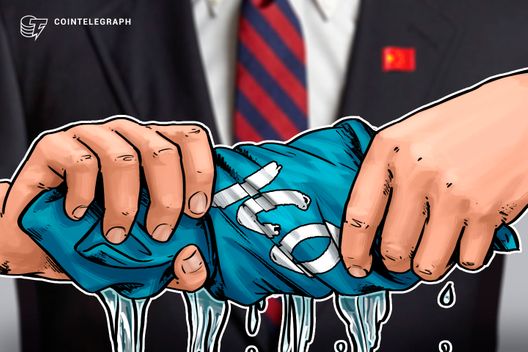 China has doubled down on its zero-tolerance policy towards ICOs, which it says it will “crush” if they attempt to operate in the country.

The People’s Bank of China (PBoC) doubled down on its rhetoric regarding ICOs July 9, warning those who attempt to serve Chinese residents that it would “crush” their operations.

In a circular and subsequent report in local media outlet Yicai, the Chinese central bank’s vice governor Pan Gongsheng strongly reiterated the ongoing ban on ICOs and the need to uphold regulatory mandates.

“We must remain vigilant,” he said during a meeting of the bank’s Internet Finance Rectification Working Group on Monday.

Given “the emergence of some new Internet financial products and formats” this year and last - specifically ICOs, Bitcoin and cash loans - if such products “do not meet” the “existing legal and policy framework,” the PBOC will act accordingly and “crush” them, he added.

China first enacted an outright ban on ICOs in September 2017.

This year, the government has sought to deliver an opinion on the emerging blockchain space without reversing any restrictive measures, last month delivering its latest official ratings on cryptocurrencies which will soon be followed by further “blockchain projects.”

Cryptocurrency trading also remains scorned by Beijing, while the country’s mining sector continues to function despite pressure to downsize.

A report by the PBoC this week additionally claims that the yuan now accounts for less than 1 percent of global Bitcoin transactions. China was formerly the world’s number one market in terms of volume.