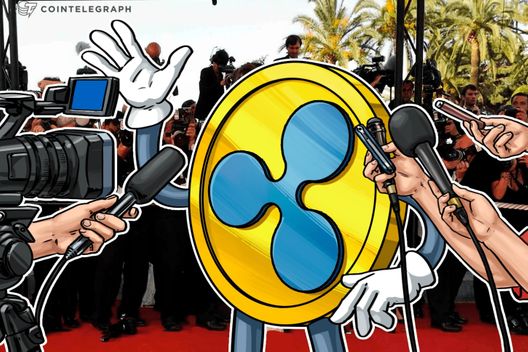 Ripple, the company behind the third largest cryptocurrency by market cap, has recently employed Kahina Van Dyke as the new senior vice president of business and corporate development, according an official statement July 11.

At the new position Van Dyke will be responsible for providing Ripple with strategic partnerships for international financial services, focusing on the development of “a new global technology solution for international payments.”

Van Dyke has joined Ripple to “[eliminate] the friction in cross-border payments” by “establishing partnerships and applying technology to change an industry,” she said in the press release.

When asked what is the “the most challenging issue in payments today,” Van Dyke noted the outdated system of cross-border transactions, claiming that it is “one of the most complex and multifaceted problem in payments.” Van Dyke said that the current global payment system, which was built almost 40 years ago, “no longer meet[s] the real-time needs of business today.”

Van Dyke stressed the necessity to provide companies, as well as individuals, with a way of transacting “small and large amounts of money faster and at lower cost,” stating that the system should be “more nimble and transparent” than the one developed for large corporate transactions “decades past.”

With more than 20 years of experience in banking and fintech, Van Dyke has held prominent positions at Mastercard and Facebook. According to her LinkedIn profile, Van Dyke served as Global Director of Financial Services and Payment Partnerships at Facebook for more than two years, developing new payment solutions and financial services.

While working at Facebook, Van Dyke managed partnerships with such major companies as  Citibank, PayPal, Visa, Western Union, and others, having provided financial solutions for more than 50 countries.

Earlier this week, a joint study by Imperial College and U.K. trading platform eToro stated that cryptocurrencies like Bitcoin (BTC) have potential to become a mainstream means of payment, particularly because of their ability to improve the cross-border payment system.