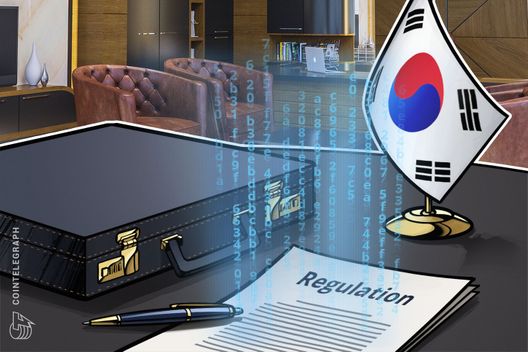 South Korean lawmakers have unveiled drafts of bills to develop rules on crypto, ICOs, and blockchain within the country.

Lawmakers will reportedly introduce the drafts at an extraordinary session of the National Assembly, which will take place from July 13 to 26. According to the Korea Times, representative Song Hee-kyung of the leading opposition Liberty Party Korea (LPK) has called for regulations on trading platforms in order to prevent money laundering, cybercrimes and personal data leaks.

Representative Park Yong-jin of the ruling Democratic Party of Korea, Chung Tae-ok of the LPK and Choung Byoung-gug of the minor opposition Bareun Mirae Party are reportedly planning to present their respective bills on the legal status of digital currency and requirements for crypto exchanges.

Oh Se-jung, the leader of the working group on cryptocurrency issues of the Bareun Mirae Party, has stressed that crypto exchanges security measures must be strengthened.

South Korean regulators have been gradually changing their stance towards digital currencies. Last month, the government of the country announced plans to reverse the ICO ban, which the government initially enacted in September 2017, while the Ministry of Science and Technology resolved to strengthen cooperation with the U.S. in advancing the “Fourth Industrial Revolution” powered by blockchain initiatives.

Earlier this month, South Korea announced it was drafting major new industry classification standards for the blockchain industry within the country. The new classification scheme, which reportedly should be developed by the end of July, will serve as a basis for policy making aimed at “blockchain promotion and regulatory frameworks.”