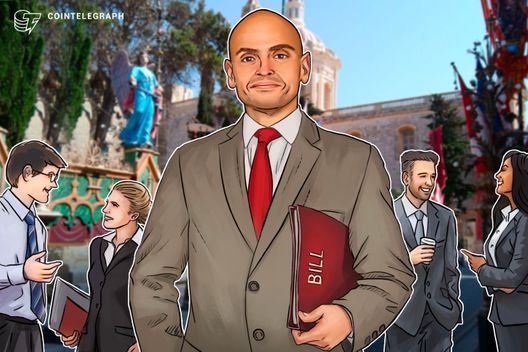 On July 4, 2018, the Parliament of Malta approved a regulatory framework for blockchain technology, making Malta one of the most ‘blockchain-friendly’ countries in the world.

Cointelegraph talked to Simon Schembri, a partner at Ganado Advocates — one of the leading Maltese law firms that was involved in drafting the legislation — about what it means for the country, investors and future.

On how it all started

“It started a couple of years ago when there was initial momentum within a number of smaller organizations within the country and then it gained lots of momentum since June of last year, after the reelection of the current government.

“The purpose was to make Malta a blockchain hub, attracting a number of investments in the country. And, I mean, the aim of the regulation has already attracted lots of interest. As a law firm, we’ve been inundated with requests and have already been working on a number of transactions. And we anticipate that this will go on and progress even further now that the laws are in place.”

“Malta [is] the first world jurisdiction to provide legal certainty to this space.”

On why a company should consider running its business in Malta

“We are doing [things] differently than other jurisdictions and are not merely focusing on just ICOs and financial assets. What we are doing is creating a legal environment for DLTs and blockchains, which would obviously include, as well, ICOs, crypto assets, regulation of exchanges, brokers, money makers, etc.

“It gives the opportunity for DLT frameworks at the outset to come over to Malta and voluntary, — if they want — register, or have their DLT framework licensed or certified by this new authority, which is called the Malta Digital Innovation Authority. And that, to a certain extent, gives the DLT framework legitimization. Everyone knows that one of the major issues raised — when it comes to anything related to crypto spaces — is the relationship with banks. Having DLT frameworks, having blockchain and cryptos regulated in some format will give that legitimization. It’s important to note that what the Maltese are aiming to do is not regulate heavy-handed. It has introduced three pieces of legislation, which are principle-based, light-touch regulation.”

“We look forward to working with the Malta government, as it is forward thinking and shares many of our same values: The most important of which are protection of traders and the general public, compliance with Anti-Money Laundering and Know Your Customer standards, and recognition of the innovation and importance of continued development in the blockchain ecosystem.”

Many crypto companies have already moved their businesses to Malta, including Binance, OKEx, Tron, etc. On July 12, Binance announced its plans to open a ‘blockchain-based bank’ for digital token investors in the country.

On plans to introduce a national cryptocurrency

“At this stage, there is nothing set as an agenda by the Maltese government. But we are aware that other countries are considering this and have already taken steps. And we would not be surprised if that would be the next step.”

On ecosystem for cryptocurrencies

“As I mentioned before, the regulatory framework is aimed at regulating or creating a legal framework for everything, and that also includes virtual financial assets. The aim of the regulator — in this case the Malta Financial Services Authority — is to introduce regulation on how the white paper should be formulated in having tokens issued. So, it makes it easier for a company to launch an Initial Coin Offering as well.”

“I mean, the momentum is in Malta right now: We see a number of activities which the government and the private sector are organizing. For instance, as a law firm, we had a local conference a couple of weeks ago explaining the three bills. We’re always very active in attending seminars being organized by different organizations. In October, in Malta, there are three major events which are open not only to the Maltese public, but they will attract a number of international people who are interesting in knowing what Malta is really doing.

“We’ve really been placed on the map for the simple reason that we’re the first jurisdiction to try to regulate, or aiming to regulate, the whole DLT framework and we’ve seen a number of notable players in this market who have already moved to Malta.”

On why other governments should also embrace the blockchain industry

“I understand that some skepticism around cryptos exists, but it’s a reality. And our government — and I need to point out that this is not only the Maltese government, but the opposition — I mean, Malta as a whole has embraced this. And the fact that the laws that are being passed by parliament are being passed unanimously, which is something that does not occur very often in Malta, gives a sense that we Maltese, in general, are recognizing this as the way forward. And even the most serious investors involved in the crypto space are recognizing the fact that some form of regulation is now required. And I guess what we are doing as a jurisdiction will be followed closely by other jurisdictions.”

The interview was edited and condensed.