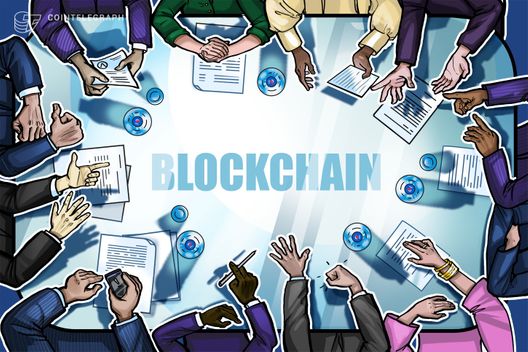 The United Nations’ Secretary-General António Guterres has created a ‘High-Level Panel on Digital Cooperation,’ which explicitly puts blockchain technology on the agenda.

The panel, said to be “the first of its kind,” will gather 20 eminent figures from industry, civil society and academia to tackle the impact of digital technologies on global economies and societies –– an impact ongoing at “unprecedented scale” and “warp speed,” in Guterres’ words.

“You cannot look at ‘web 3.0’ without looking at blockchain or without looking at AI (Artificial Intelligence) [...] our hope is that through discussion of these various digital domains [...] in terms of human rights, in terms of privacy, in terms of subversion of democracy, we are able to come out with some common principles...of strengthening cooperation across borders.”

Gill emphasized “the opportunities and the risks and the unintended consequences” of digital transformation, citing mounting concern about both cyber-attacks and suspected election-tampering.

The ambassador considered that the panel’s “cross-cutting” approach to new technologies such as blockchain and AI would enable it to “maximize” its impact over the course of its nine-month mandate.

The Secretary-General has also revealed the panel’s co-chairs as being U.S. philanthropist Melinda Gates and Jack Ma, the founder of Chinese e-commerce giant Alibaba.

As Cointelegraph reported, Ma introduced blockchain technology through Alibaba affiliate Ant Financial as early as summer 2016. The firm has since raised $14 billion for blockchain development, and recently successfully trialled its first blockchain remittances.

With Ma recently affirming “that the impact of blockchain on the future of humans may be far beyond our imagination,” his co-chairmanship of the new UN panel signals a positive step for global dissemination of the technology.

For its part, the UN has long been exploring multiple –– largely humanitarian –– use cases for blockchain, beginning with its use of the Ethereum blockchain to transfer coupons based on cryptocurrencies to refugees in Syria.

Since then, it has also piloted a blockchain-based digital identity system designed to combat child trafficking globally. This April, the Belgian government contributed €2 mln to promote a blockchain project by the World Food Programme (WFP), which would allow the UN to use the technology to fight hunger in impoverished areas.