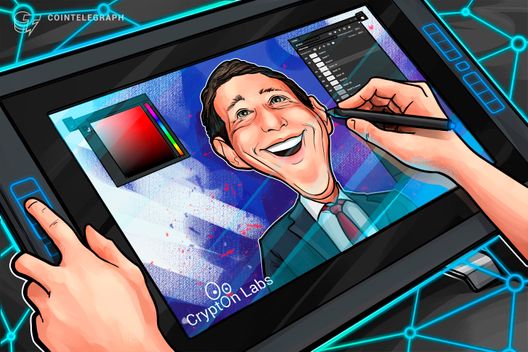 A blockchain-based platform is giving people the chance to buy digital collectibles of public figures, ranging from Donald Trump to Oprah Winfrey.

A blockchain-based platform is giving people the chance to buy unique, digital collectibles inspired by public figures and political leaders — including politicians, such as Donald Trump and Kim Jong Un, and media personalities, like Oprah Winfrey and Ellen DeGeneres.

Each Crypton comes with a handcrafted image of the person it represents. Humorous or satirical “gaglines” can be added underneath and shared on social media in order to comment on matters of public interest or just to have fun. Examples of edgy captions so far have included Mark Zuckerberg (“Elections are more fun with FB,”) Jeff Bezos (“Poor Donald… I am 100x richer,”) and Sarah Palin (“Don’t misunderestimate me”).

The company behind the concept, Crypton Labs, believes this form of expression will prove to be far more effective and sophisticated than the “dry word fights” or messages seen on Twitter. In the future, it plans to add short audio clips and animations to Cryptons — and even allow owners to use an image of themselves to create their own Crypton. Historical figures and famous fictional characters can also be collected.

When it comes to ownership, an automatic price escalation feature has been introduced, which means someone’s Crypton can be purchased by someone else for twice the price. Most of the revenues go back to the person who has lost their collectible, creating the prospect of making a profit. It is also possible to pay a one-time protection fee in order to prevent a Crypton from changing hands. This feature allows owners to set their own selling price.

According to Crypton Labs, snapping up the Crypton for someone who is considering a run for U.S. president in 2020 or 2024 might not be worth much now, but it could be in high demand a few years down the line, if they become a candidate or win the election.

Varun Gupta, the company’s co-founder, told Cointelegraph that the Cryptons don't trade on some celebrity's image only for profit.  Rather, they are transformative and artistic creative works and a powerful expressive tool protected by freedom of expression. The company's representative added that the Crypton personalities are selected based on various criteria but the most important criteria is whether they are of public interest.  Politicians and world leaders squarely fall within that category. To the company's knowledge, the project has not received any legal complaints or queries.

Beyond buying and selling Cryptons, the company says there are other ways to generate revenues from these digital collectibles.

If a Crypton that someone owns is involved in a game on the platform, they would receive a proportion of the revenue it generates — creating the potential for their asset to be even more valuable.

A mating game has already been launched through Crypton Labs. Here, two well-known personalities can be combined to make a whole new person.

Crypton Labs says that many other game ideas are in the pipeline, with the company planning to open its platform up to developers — paving the way for new games to appear on the marketplace. A game called Angry Mobs is being actively developed, and people will be able to jeer and revere famous people through the game.

When it comes to artwork, the startup is inviting talented caricaturists to get in touch, allowing them to get public exposure and offer their creations for use on the platform.

Crypton Labs is also actively looking at introducing a token economy into the platform through an ICO in the near future.

The smart contract for Crypton also allows for the issuance of special charity fundraiser Cryptons. In the near future, the company intends to partner with crypto industry leaders to raise money for good causes by creating special charity fundraiser Cryptons, featuring images of these persons. Instead of the proceeds from the sale of these collectibles going back to sellers, the revenue would be donated to nonprofit organizations instead. The Crypton would revert to its normal profit mode once a fundraising goal had been reached. It is hoped that anyone in the crypto world could launch their own campaigns on the platform, creating momentum among their fans and followers.

A MetaMask digital wallet and Ethereum wallet are used for purchasing Cryptons. In the near future, Crypton Labs intends to launch apps on iOS and Android — enabling all the functionalities on mobile.