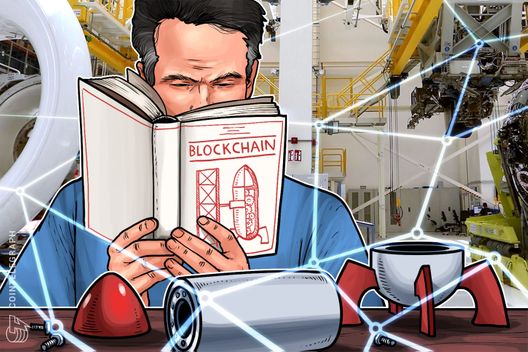 Based on Hyperledger Fabric and set for its debut at the UK’s Farmborough Airshow July 21-22, the solution will use blockchain in tandem with Thales’ physically unclonable function (PUF) tool to “track, trace and authenticate aircraft parts and materials.”

“The aerospace and defense industry has one of the world’s most vast and complex supply chains,” John Schmidt, global managing director for Accenture’s Aerospace and Defense practice said, continuing:

“Blockchain technology offers a new, elegant and secure way for the industry to track and trace myriad components while deterring counterfeiting and improving maintenance capabilities.”

Schmidt added blockchain could soon be a “game changer” for aerospace, reiterating comments made in 2017 about the technology’s ability to guarantee authenticity.

Hyperledger Fabric has continued to see multiple implementations through 2018, many of which have come in the form of IBM Blockchain, a suite of services for that help enterprises implement so-called distributed ledger technology (DLT).

While some sectors of the global economy voice doubts about blockchain’s actual potential effectiveness for business, Accenture nonetheless remains buoyant. The firm released a report in June concluding that 86 percent of aerospace and defense companies will adoptt the technology within three years.