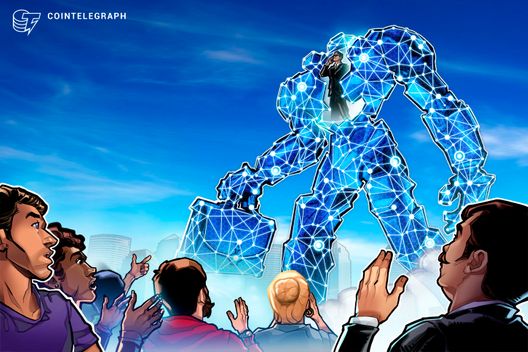 The deputy director of China’s Ministry of Industry and Information Technology has called for industrial-scale blockchain adoption across all areas of economy and society.

The deputy director of China’s Ministry of Industry and Information Technology (MIIT) has urged the country to “unite” forces to foster blockchain as a “core” technology for the new digital economy, according to a post on MIIT’s official website today, July 16.

Speaking at the 2018 National Expert Forum on Manufacturing Powerful Countries, the Ministry’s deputy director Xin Guobin said that the “important role” of blockchain should be “grasped from a strategic perspective”:

“[Blockchain] can make up for the deficienc[ies] of traditional credit system, prevent information tampering and forgery, and save [costs across] society. [This applies to] finance, e-commerce, smart medical care, social security, Internet of Things, energy and other fields, and will have an important impact.”

Guobin, who also serves as director of China’s National Leading Group for Manufacturing Power Construction, said the country must now develop blockchain technology on an “industrial” scale to accelerate its adoption across all areas of the economy and society.

The deputy director said that comprehensive planning for the creation of a positive institutional and regulatory environment is necessary in order to achieve the “core goal” of securing a “break-through” in blockchain applications on an industrial scale.

To this end, he emphasized the need for strengthening official policy guidance, easing institutional constraints, and “optimizing” an environment conducive to the blockchain space.

Chinese government policy remains notoriously tough on decentralized cryptocurrencies, with palpable negative impact on domestic crypto trading. However, as an in-depth Cointelegraph report has outlined, momentum in China’s blockchain space has been gathering pace in recent months, spurred by endorsement from the highest echelons of the political class.

This spring, the Chinese president Xi Jinping openly praised blockchain as an example of a “new generation” of technologies that are “reconstructing the global innovation map and reshaping the global economic structure.”

China’s central bank has meanwhile been pursuing a long-term vision for blockchain integration, recently filing a new patent for a digital currency wallet, the same month as it revealed its new blockchain-powered system designed to tokenize paper checks.

While recognizing the technology’s significance, a Chinese regulator has nonetheless warned this month against “mythologizing” blockchain’s potential amid the scramble to lead in global innovation.