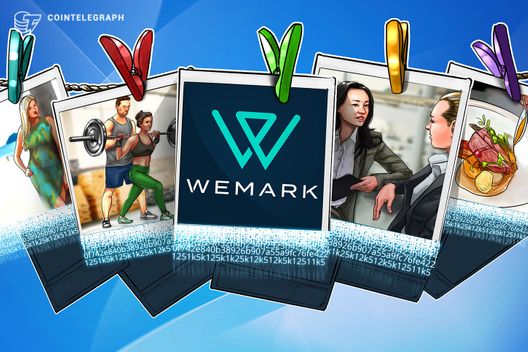 A blockchain-based stock photo marketplace is taking on the large agencies by helping photographers license their content without a middleman.

A blockchain-driven, curated stock photography marketplace is helping artists increase their earnings — by giving them the chance to connect with their buyers directly.

Wemark believes the current, centrally controlled nature of the industry disadvantages photographers. The company claims major agencies can take up to 85 percent of the revenue that’s generated when one of their images is sold -- and, as a result, it can be hard for even professionals to make a living.

Shutterstock now has over 200 million images in their collection, and it became extremely difficult for photographers to stand out and earn a substantial income from their work.

The blockchain-based marketplace developed by Wemark aims to help photographers capitalize on the ever-growing levels of demand seen from the digital content industry — giving them a chance to establish new relationships, license photos to businesses directly and experience a much higher level of control and transparency..

Tai Kaish, Wemark’s CEO, told Cointelegraph: “More often than not, creators are left with only a small part of the revenue and very little transparency and control. Blockchain changes this. Digital content licensing is a perfect use case for smart contracts, which facilitate payments and licensing directly between creators and customers.”

More than a million curated images to choose from

Wemark launched the alpha version of its marketplace earlier this month, with over 130,000 images from the start. The company says more parts of its collection are being added to the site and will soon provide more than a million commercial photographs from which to choose. In part, this has been achieved through partnerships with organizations such as CAVAN, Monkey Business and Caia Image — with Wemark claiming that premium collections from these image providers regularly top the sales rankings of Getty Images and Shutterstock.

Keren Sachs, a former director of content development at Shutterstock who is now an advisor at Wemark, added: “This is a tremendous milestone for Wemark. The world’s leading content providers have entrusted us with their photos before we have even licensed an image. They believe in what we are building and the future of the content licensing on the blockchain.”

Wemark’s licensing protocol is able to accept the payment directly from the customer, issue the license and automatically compensate the photographer.

Blockchain as a new middleman

The protocol developed by Wemark is set to replace the major responsibilities of the agencies today. According to the company, the blockchain that is powering the protocol becomes the new middleman. This could make content distribution more efficient, transparent and fair by eliminating third parties and retaining control for content creators and consumers — not agencies.

In its white paper, the Israel-based company argues that customers have a lot to gain as well. They will benefit from a decluttered collection of modern, relevant images and see their costs per photo tumble by more than 50 percent. On the platform, images can be licensed and downloaded through Wemark tokens — and unlike existing stock photo platforms which operate using subscriptions and credits that expire, customers can choose to sell the tokens that they will not use.

Wemark tokens are going to become available once the company concludes its token generation event, which is due to commence on July 24.